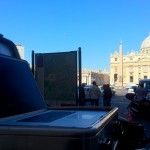 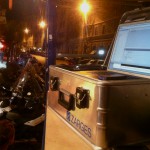 “Oma in Roma” (“Grandma in Rome”) is a German comedy with Marianne Sägebrecht (“Out of Rosenheim”) and Annette Frier as main actors. Shooting took place in Munich and Rome during July 2011, the production aims for a start in cinemas early 2012.

He was responsible for the data management and QC of material from two ARRI Alexa Plus cameras recording LogC in ProRes on SxS cards.