It is always a plus if a team has previously worked together – workflows are often already established, and the communication is easier.

The Netflix action comedy ’Coffee and Kareem’ was not the first collaborative project for DIT Leon Rivers-Moore and the camera team he worked with, which made it a lot of fun for everyone to shoot.

Silverstack and Livegrade Pro were two old companions for him as well, which he used for the media asset workflow, QC and color grading on set of this particular production.

First of all, how are you? How is coronavirus currently affecting you?

I’m keeping busy and staying home. Production here, as in much of the world, has been completely shutdown since mid-March. I was scheduled to do some travel for work in the past few weeks, but obviously that is off the table. British Columbia, Canada has been doing well in managing COVID-19, relatively speaking, but we’ve still got a long way to go…

I’ve been doing some gardening, a lot of cooking, and generally being a house-husband to my girlfriend, who is still working. It’s been nice in some ways, but I can’t wait to get back on set. I’ve been doing some tinkering on my cart and some colour-pipeline research when I find the time.

Can you please tell us a bit about yourself?

I’m currently based in Vancouver, BC, my hometown, but I started in Montreal, Quebec, where I lived for a decade. I started out as a data manager on independent French-Language productions there before making my way to DIT work on Studio productions both in Montreal and Vancouver.

You’ve recently worked on “Coffee & Kareem”, an action comedy about a bumbling cop on a rescue mission. How did the team come together, and what were your tasks for this project?

‘Coffee & Kareem’ was a very fun project to work on. Everyone was excited to be involved. It was a camera team I had worked with a number of times, and we were all big fans of director Michael Dowse’s work, especially ‘It’s All Gone Pete Tong’ and ‘Fubar’. Those movies, by a Canadian director, were big influences on our lives in various (possibly nefarious) ways. DP Bryan Burgoyne (’The Big Sick’) brought us all on board and we all had a great time. He has done a lot of work shooting stand-up, but also a bunch of really beautifully shot comedies, but this was his first time shooting what was in many ways an action movie. It was a lot of fun for him, I think, but also all of us.

I was brought on fairly early and we did a lot of testing before settling on the Sony Venice. It fulfilled Netflix’s resolution requirements, and gave us a lot of latitude in our night work, which was much of the movie. I laid out our asset workflow, and did on-set QC, exposure monitoring, and colour grading, while Technicolor Vancouver created our dailies.

‘Coffee & Kareem’ shot on the Sony Venice. Much of the car work used the Rialto camera extension, with the camera body either in a trunk or on the Dolly Grip, Nick Dent’s back. We used a Sony F55 for some high-speed work (the Venice firmware limited us to 48 fps at the time), and also used some GoPro Hero7 and iPhone 10 for body camera and phone footage.

During the shoot you worked with Silverstack XT and Livegrade Pro. How was the decision made?

I’ve worked with Silverstack and Livegrade Pro for years. This was my first project on Venice, but the software handled exactly as I expected, so after initial testing there was no question that it was the tool to use.

Could you please briefly describe your workflow with Silverstack XT and Livegrade Pro on this shoot?

We used a fairly standard CDL & LUT workflow for the show, using a LUT Brian and I worked out in pre-production. I adjusted our image in Livegrade, and tracked camera metadata for our reports, then passed on CDLs and reports to our loader, Emily, who downloaded and QC’d in Silverstack. The Venice image pipeline was (and still is) a little unorthodox, so rendering our adjusted image out of Silverstack helped us troubleshoot camera and LUT box settings in pre-production.

How does on-set grading influence the work of the DP? Can Livegrade help with creative decisions?

Night shooting, balancing to practical street lamps meant a lot of adjustments from our base ISOs (2500 for our night work). On-set grading let us preview various adjustments to control glowing skies, see what we needed to in the shadows, and set our ISO and stop precisely. We also got to play around with some very loud grades for rap music video sequences. Seeing what was essentially the final product on set, for those particular sequences, had everyone super excited and brought a lot of energy to the scene.

What LUT boxes and other devices were used, and how many were controlled by Livegrade simultaneously?

I use a combination of Flanders Scientific BoxIOs and (now vintage) Fujifilm IS-Minis. I was generally controlling 2-3 in Livegrade simultaneously, but there were a few sequences with more.

How did the collaboration between DP & DIT and the post-house look like? How were the dailies done?

The dailies were done at Technicolour Vancouver by Matthew Olson. As I graded, I would capture video within Livegrade and then export reference stills from each scene and camera to pass along to Matthew, along with CDLs and reports. We were in regular contact about anything specific we had done in the day as well as any feedback on dailies. Technicolour did a great job, and the turnaround on our dailies and LTOs was incredibly quick.

What’s the one “special thing” you remember in particular?

Squealing around corners at 120 km/h in a video village follow van, all watching live feeds on a couple of 25” OLEDs had us all feeling nauseous. Michael, our director, was worried about the cast, but he was feeling sicker than anyone. But over all it was a great team and I can’t imagine a better group of people to hang out with all night on an empty street in the suburbs.

Big ‘Thank You’ to Leon for letting us be part of this exciting project! 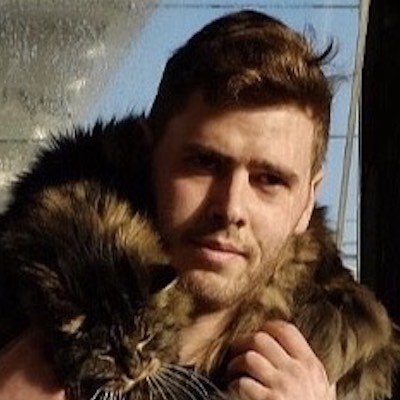 Leon Rivers-Moore is a DIT based in his hometown Vancouver, Canada. He started his career as data manager in Montreal, where he’d lived and worked for 10 years. He mainly works on studio productions (e.g. Coffee & Kareem, Skyscraper, Arrival) between both cities.