Based on true events, the medical drama series Five Days at Memorial recalls Hurricane Katrina’s devastating impact on staff and patients at a New Orleans hospital. To provide a captivating portrayal of the catastrophe, it took an elaborate set design and a substantial amount of visual effects. This created a demanding production environment for cast and crew, including the main unit DIT Mehran Jabbari. In this interview, Mehran shares exclusive insights into his biggest project so far – and shines some light on his workflow with Silverstack, Livegrade Studio, and Pomfort’s cloud service ShotHub.

Before joining the I.A.T.S.E. Local 667 union in Toronto, Mehran had mainly worked on commercials and indie films. However, once he became a member, he soon got a chance to expand his experience: “My colleague Ben Whaley actually recommended I take on this show. I had just joined the union and was eagerly looking for my first union gig, and long and behold, I got the call from Ben who said, ‘So you wanna work with the big guns, huh?’”

With Five Days at Memorial, Mehran got involved with a project that was not only big in terms of technical complexity but also big on emotions: “Five Days at Memorial is an incredible story based on true tragic events that took place when Hurricane Katrina blasted through New Orleans in 2005. The story specifically focuses on the medical professionals at Memorial Medical Center who faced the daunting decision of which patients to save and which to leave behind.”

We are in a hospital with no lights, only flashlights. It’s hot, it’s stinky, sweaty, and it’s nasty. The city is underwater. That pretty much summed up the visual language that we needed for the show.

To provide a realistic representation of the destruction and desperation caused by Hurricane Katrina, elaborate sets were built: “In order to recreate people escaping the hospital and getting on to boats for refuge, there was a 5-foot deep pool made with the facade of Memorial hospital. It was surrounded by 16 tele handlers holding 20×20 blue screens. That should give you a pretty good idea of the massive sets that were constructed. In addition, those scenes took place in August, so the absolute heat of summer added another level of difficulty for shooting. Visually speaking, it helped achieve the needed look as the cast was perspiring in the heat.”

To further support the look, Mehran worked closely with the responsible DPs and helped them bring their creative visions to life: “Ramsey Nickell was the DP for the first five episodes, and Marc Laliberté was the DP for the last three. Right off the bat, Ramsey had given me a ton of images as references to guide the look he was going for. It’s a stark show. We are in a hospital with no lights, only flashlights. It’s hot, it’s stinky, sweaty, and it’s nasty. The city is underwater. That pretty much summed up the visual language that we needed for the show. After that, I came up with a working LUT that we used for all of the five episodes that Ramsey shot. It was a high-contrast, desaturated image with some level of bleach bypass. When we switched DPs for episodes 6 to 8 (all of the post-hurricane scenes with DP Marc Lalibertè), we devised a different LUT that was more natural looking with more saturated colour tones along with a healthy amount of contrast.”

It goes without saying that for a lot of the shows these days, DPs require Livegrade.

Livegrade Studio became a vital tool to support both DPs’ creative work on set, as Mehran describes: “One of the first things that we discussed was using Livegrade to be able to correct on the spot and match cameras. It goes without saying that for a lot of shows these days, the DPs require Livegrade on set. Pomfort’s software lineup is increasingly helpful to provide DPs with exactly what is needed.” Before taking a detailed look at Mehran’s workflow, we were curious to learn which cameras he was dealing with. “We shot the entire series with the Alexa Mini LF and Panavision spherical glass. Everything was recorded on Apple ProRes 4444XQ, which to my surprise, was plenty considering the enormous VFX elements that were added later.”, Mehran explains and immediately provides an example for one of those VFX-heavy scenes: “For example, to recreate the second escape route, the production team made a replica staircase that appears to lead to the helipad on the hospital roof. However, both the staircase and helipad were shot in two separate set builds. The staircase was essentially a staircase to nowhere but surrounded by blue screen. The helipad was also completely surrounded by blue screens attached to tele-handlers. In post, the VFX team would then stitch the two setups together and add New Orleans’ skyline to the background for a fully comprehensive view of the event.”

Now, with a clearer idea of the production environment in mind, let’s get into the setup and workflow! Given the many different shooting locations, Mehran explains that a flexible and movable setup was crucial: “Since we were shooting at a hospital in Toronto, I frequently found myself going from room to room or from one wing of the hospital to another. This proved to be challenging as my setup on my cart became a studio on wheels. Luckily, having an Inovativ Deploy with capabilities of closing its wings made it easy for me to do unit moves.”

On his cart, he assembled various pieces of gear: “I used three Sony BVM OLEDs – that’s right, those huge badass monitors. To this day, I am still baffled by their immaculate image quality and colour rendition. No wonder they used to be $30 grand!!! I also had three FS BoxIO, an AJA Kumo 3232-12G switcher, MacBook Pro, Ruckus’ onset wireless deployment for camera control, a custom 12-volt regulated power supply to power my entire cart (I hate wall warts), a Tangent Element panel, and the Elgato Stream Deck for quick and easy use in Livegrade Studio.”

What really made my workflow easy and effortless was the use of ShotHub.

In addition, Mehran combined multiple Pomfort applications to create an integrated workflow for his data and look management: “I used the entire Pomfort lineup. Livegrade Studio was used on set as we were shooting; it’s an amazing and super powerful tool. Then the codex mags were ingested using Silverstack. In there, I could immediately do quick QC and apply the same look that I implemented in Livegrade. The transfer of CDL from Livegrade to Silverstack is a breeze. But what really made my workflow easy and effortless was the use of ShotHub and the workflow to bring footage into DaVinci Resolve! This made my time after wrap quite effortless. I was able to export CDLs and XMLs from Silverstack, which automatically exported every shot with all my corrections into Resolve. You guys have some great resources in your Knowledge Base explaining this workflow. Essentially, at the end of the day, I didn’t have to manually connect the exported CDLs to their corresponding shots when using Resolve. Everything was done automatically, using TC and shot names created in Livegrade.”

Any other reasons for making Pomfort applications his go-to? Mehran doesn’t need to think hard:

“I love using Pomfort’s lineup of software as it provides me with the necessary tools to get through my day as a DIT. My favourite tools are the recently added compatibility for HDR and the various vendors who are working hand-in-hand with Pomfort to enable a more streamlined approach as HDR is becoming the next big thing!”

Thanks to Mehran for sharing these insights into his work with us! If you’d also like to create smart cloud connections between your Pomfort applications, try out the ShotHub Pro Plan! Don’t need all Pro features? Get started with the ShotHub Free Plan instead (that’s right, the basic version of ShotHub is entirely free, forever).

Your Production Data Always in Reach.

Check out how Pomfort ShotHub gives access to your production data any time from anywhere. 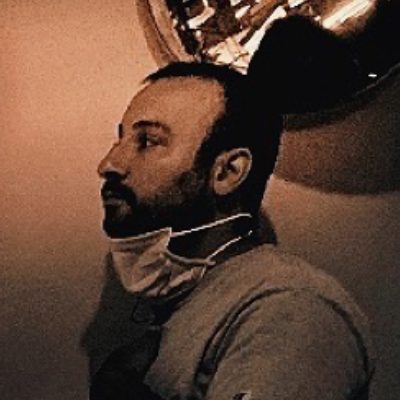 Mehran Jabbari is a Toronto-based DIT with more than 15 years of experience in the film industry. He holds a master’s degree in Film Production from York University and started his DIT career about ten years ago - right when the first digital cameras became increasingly popular in cinema.