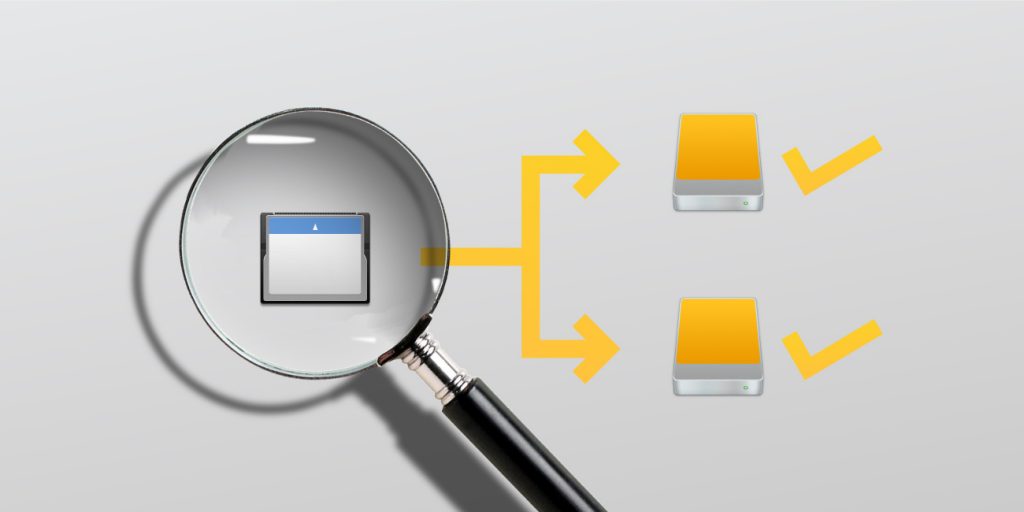 When copying camera footage, most operators are familiar with the importance of verifying a good copy. ‘Verifying’ in this case usually refers to verifying the destination, e.g. making sure that the copied file at its destination is the same as on the source location. However, another possible process is often not mentioned in that context – and that is the source verification.

In this article we want to make you more familiar with the idea behind source verification, explain why it’s so important on set, and show how this looks like if you’re working in Silverstack.

To dive into this topic we first have to make a short leap into the basic concept of copying digital media files:

Generally when you securely want to copy a digital file the following steps should be performed:

This process can be referred to as the verification of the destination file. It is the basic concept that happens when you copy with a proper copy tool like Silverstack.

But what does the verification in this case tell us? It “just” confirms that the destination is identical to the source. But what if the source is somehow damaged, e.g. because something is wrong with the card or reader? That’s where the source verification comes into play.

The Idea Behind Source Verification

Taking a technical look at it, this means that additionally to the destination verification, the source file is read a second time to create its hash again. That new hash can now also be compared to the initial hash, to learn if the source file is identical at two different points in time.

At a first thought it seems not very likely that the file on the source card would change over time. However, there are cases of this happening, which led to the implementation of the source verification as it exists today.

Let me give you a bit of history:

Back in the days of the RED One camera (around 10 year ago) and the early days of Silverstack there have been problems with some of the first cards (mags) from those particular cameras. Those mags failed to produce consistent read results after a specific time of reuse cycles, which means that clips could get corrupted when the card was used for a certain amount of write cycles.

While this was only the fact for a certain, very early range of cards, and RED does not have those issues anymore, at that time this phenomenon triggered the implementation of the source verification in Silverstack – basically to be able to detect similar problems in the future, such as identifying  “dying” or bad cards, or card readers with issues.

Just to make you understand that nonetheless this still has relevance today: In the Pomfort support we had more recent cases where the source verification helped to identify problems with a recent source media system.

Why is Source Verification Particularly Important On Set?

As there usually is a limited set of source cards that are used on a movie shoot, a single bad card can introduce many problems. As the cards are reused in cycles, a damaged card is potentially used again if not identified and sorted out.

How Does Source Verification Work In Silverstack ?

Let us now take a look at how the source verification manifests in Silverstack.

The default copy settings in Silverstack include the source verification. This is the case when copying with the “Included in Copy Job” verification behavior: 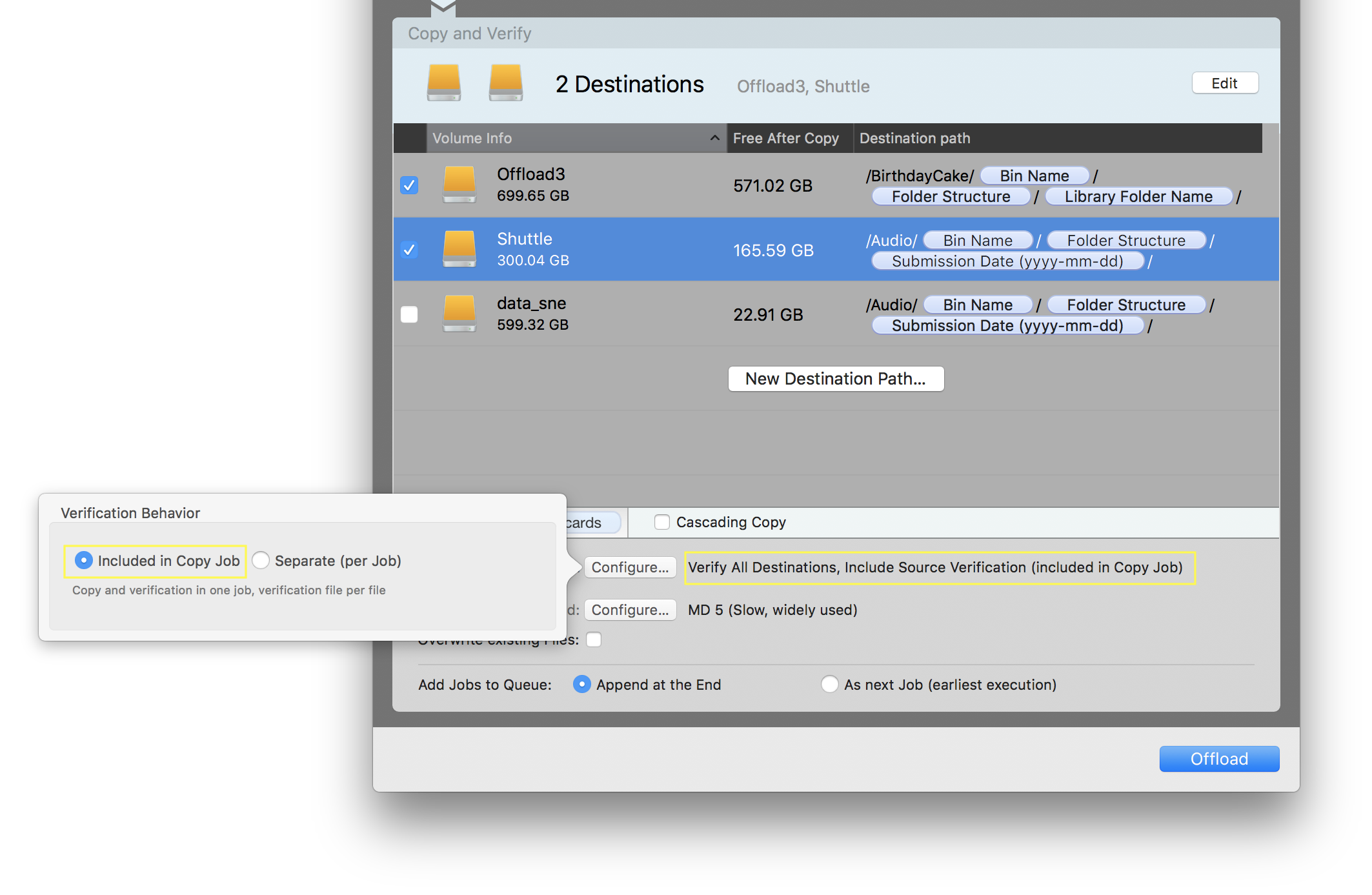 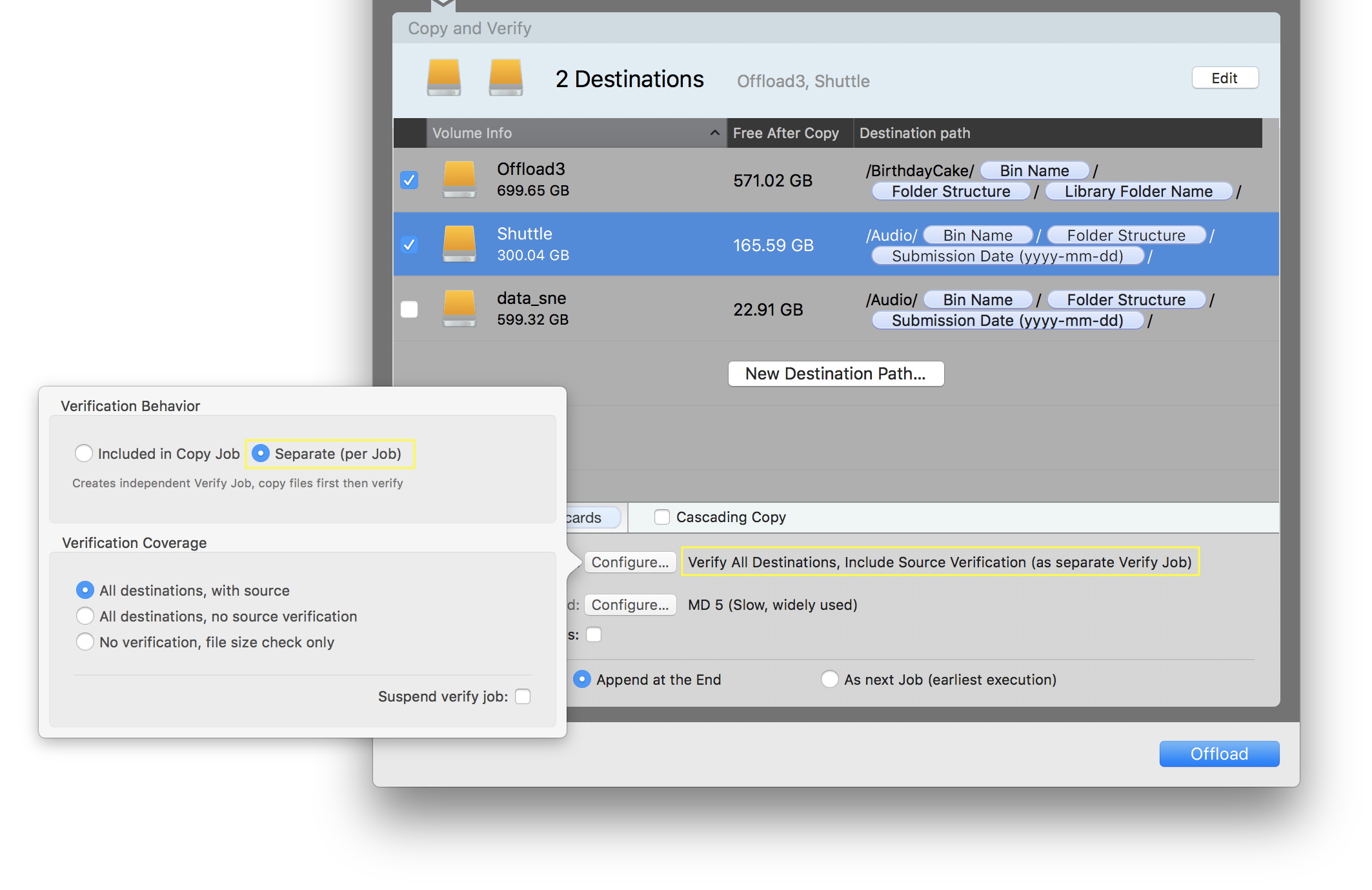 When the source verification fails, the error is displayed in the jobs panel’s right bar like this: 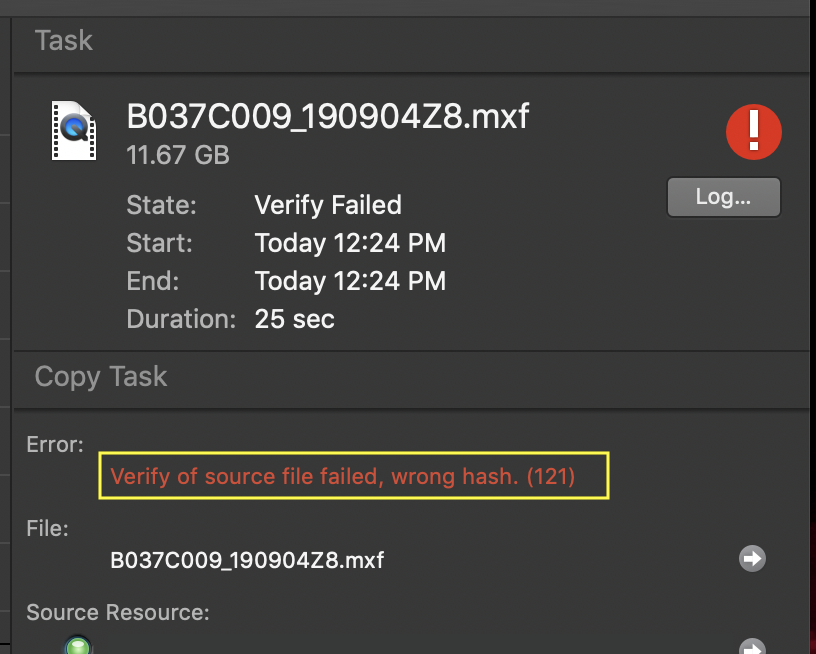 Compared to when the destination verification fails, it looks like this: 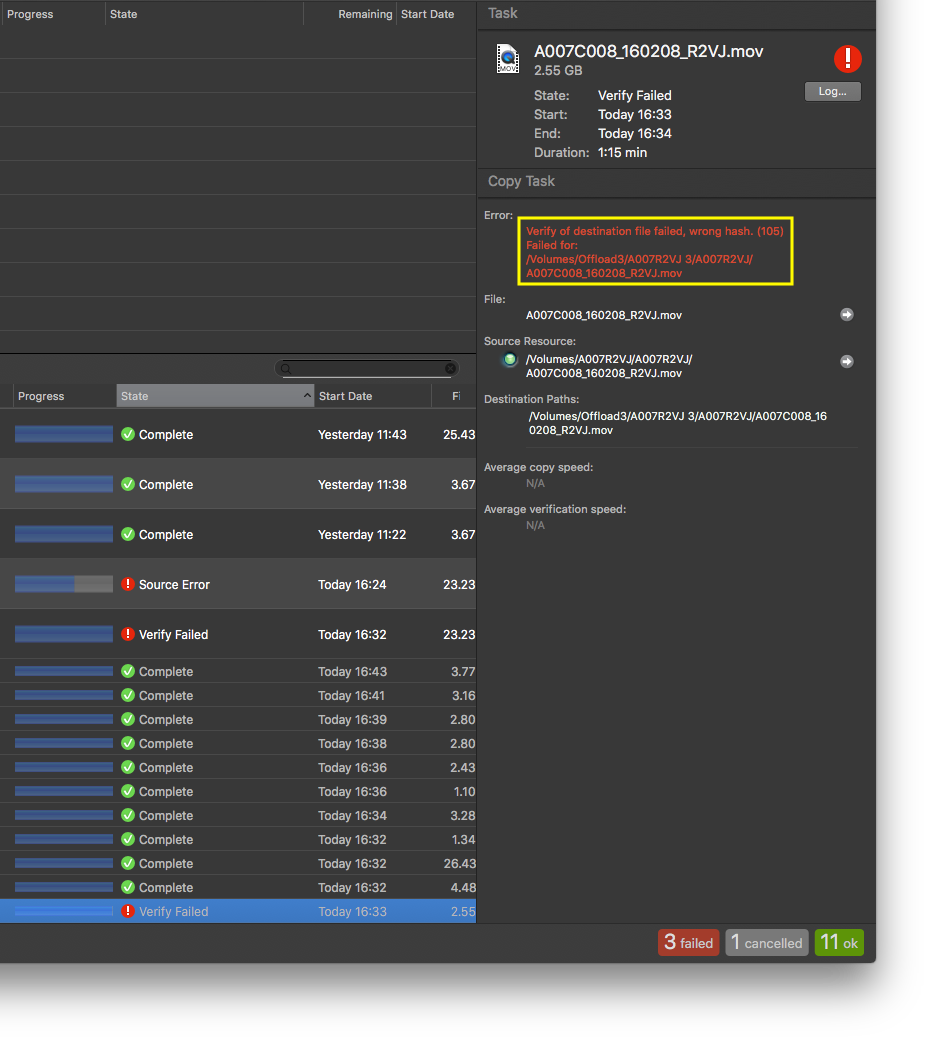 The verification of all copy destinations can be enough to ensure a proper copy. However, to add an additional layer of security it is heavily recommended to always copy with source verification.

In Silverstack the source verification is enabled by default in the standard copy process, giving you an additional layer of security and helping identify potential problems with your source hardware.

Sign Up for our Newsletter for more articles, news and a look behind the scenes!