When Eyad landed his first job as a DIT 4 years ago, he had zero experience in the field – up to the point of having to research what a Digital Imaging Technician even is. However, with his strong background in post-production, deep passion for tech, and seemingly unlimited curiosity, he quickly picked up the needed skills. These days, he enjoys going back and forth between DIT jobs on set and post-projects in the edit suite. We sat down with Eyad to learn more about the perks of combining both careers, the film industry in his home country Jordan, and most importantly: his current setup!

First of all, thanks so much for agreeing to this interview with us! To start, could you please tell us a bit about yourself and your professional life?

Thanks for including me in this insightful series. I’ve learned a lot from reading about other peoples’ workflows and experiences! I’m mainly a video editor and occasional colorist based out of Amman, Jordan. I’ve edited a few features and TV series, television commercials, and many, many, many documentaries. The latter two, I often color as well.

I first got into the DIT world four years ago. A few large features, including Dune and Star Wars, were shooting in Jordan that year and almost all the local crew was booked with them. So a line producer friend of mine, in desperation I guess, asked me to be a DIT on another Hollywood production that he was going to be shooting in Jordan. My first question was, “What’s a DIT?”. I was that out of touch with the on-set scene. I then read and researched for a couple of months, and being a tech geek, I took to it like a duck to water. I was fascinated by the monitors, cameras, codec types, wireless signals, color spaces, set-to-post workflows, and so on. When the DP arrived for the main location scout, we met and he bravely gave me a shot rather than bringing his DIT from the US.

I loved it so much that after the production ended, I bought my own gear and made sure to give myself breathers between editing jobs to take on DIT projects, especially ones that involve on-set grading alongside the data management aspect. Set life is a breath of fresh air after months in the edit suite. That said, by the end of a shoot, I’m equally excited to be back in the edit suite. So, win-win!

Could you tell us a bit more about the benefits or challenges of combining both worlds?

There was a lot to learn about working on set coming from a post background. The long hours, the waiting around, the on-set vocabulary and protocols. At the same time, it was lots of fun. As an editor, you’re in your head a lot. Even when I leave work, I’m still thinking of the edit and story, alternative structure, etc. As a DIT, once the day is done, it’s done. It’s a very technical job with lots of immediate problem-solving, which is refreshing. There’s also a lot of socializing on set, which you don’t get a lot of in the edit suite. It’s amazing to meet people from the different departments and see their work first-hand; and that means everything from unit and catering to wardrobe, gaffers and grip. I also learned a lot from seeing actors and directors interact and how the script translates in front of the camera and behind it. The set is a very tangibly collaborative environment.

On the flip side, working in post has given me perspective on what editors, colorists, and VFX artists need from set. So, I try to customize with the post teams an easy and consistent method for organizing assets like audio and video files, CDLs, proxies, reports, and so on. It’s also useful to know what kind of information is actually needed in the reports for different departments – for example, iris, color temperature, and shutter info for the color department and lens info and tilt for VFX.

So in your role as a DIT, what do your projects usually look like then?

As a DIT, I’ve worked on a few features, several TV commercials, and some short films. I’ve also worked with productions that come to Jordan to shoot VFX plates and GVs in the pristine Jordanian desert for their blue and green screen backgrounds. A lot of the work is about matching shots and balancing exposure, balancing between iris and NDs, as well as managing the data and post-production deliverables in collaboration with the post supervisor and other post-production crew.

Another nice aspect of the work, especially on commercials when there are clients on set, is showing a decent representation of what the shots will look like after grading. DPs and directors know what the shot will look like after the grade, and it becomes easier to just show the clients rather than trying to explain it to them – makes the work move faster and with a greater degree of confidence!

How do you configure your DIT setup to tackle those jobs?

I try to be self-sufficient as a DIT, so I bring all my own grip equipment and power supplies. I like to be compact, light, and have as many little gear and gadgets to help me do the job in the most efficient and unobtrusive way. If there is electricity, I will plug in and use it, but I generally run completely off of batteries and AC/DC inverters in car setups.

Could you walk us through the bits and pieces of your core setup?

My equipment generally doesn’t change much. What does change is how I carry it around – case or cart. It also differs depending on the number of cameras that we’ll have on set.

I have a 3-tiered upright cart with big back wheels, making it easy to move anywhere and on any surface. I keep heavy cases like batteries on the bottom shelf, grip items and video gear on the second, and my laptop, color wheels, and monitor on the third. I have a separate mobile offload station which is a laptop and SSDs in a case that can be mounted on a stand. I usually operate with one monitor but have had 2- and 3-camera shoots where I’ve mounted a second monitor on my cart and a third on a stand. My main gear for on-set grading includes a MacBook Pro i7, Teradek Colr Duo LUT box, Atomos Sumo, SmallHD or a rented Flanders DM series monitor, Blackmagic capture card, and a bunch of SSDs. I also keep a black drum cover handy that I use as a makeshift but functional blackout tent when needed.

My offload and export station is a MacBook Pro and SSDs. I don’t often have jobs that need proxies to be ready right after the shoot, so I leave things to render after the shoot and they’re done by the time I am ready to go to bed. For longer projects that need large amounts of storage space, I tend to offload onto SSDs on set, then perform backups onto the main storage drives once I am back in my room after the shoot. I use Pomfort’s Seal Verify and Silverstack Lab’s backup function to make sure that the copies are 100% secure. Also, I’ve recently added 4TB SSDs with super high speed to my setup. They have cut down the offload and verification time of a 1TB card from about 1 hour to 25-30 minutes.

The main thing I try to ensure, no matter what new piece of gear I buy, is that everything can become mobile. I have a case that I can fit the color station into and another for offloads, both of which can be battery-powered and mounted on a stand. They’re heavy, though. So I’m still trying to figure that problem out!!

Besides the ones you already mentioned, do you use any other Pomfort applications?

I’ve used almost all the Pomfort products at some point. I quite often use the Offload Manager in conjunction with Blackmagic’s DaVinci Resolve for encoding. However, I prefer Silverstack Lab since everything stays in one project, making it really easy to use and also create customized reports per department with the info they need. I also use Livegrade Pro a lot; it is my main color tool on set. The tools are intuitive and you can easily send all the color information to Silverstack Lab for creating colored proxies. There are some features I would love to see in there, but judging by the beefy updates in the few years I’ve been using Livegrade, I’m sure the Pomfort team will keep adding great features.

With so many hardware and software components involved, what’s your favorite piece of kit?

No favorites 🙂 Every component gets cleaned and coddled equally thoroughly after the shoot.

Big thanks to Eyad for sharing all these insights with us! 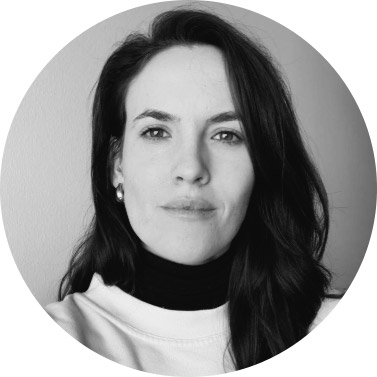 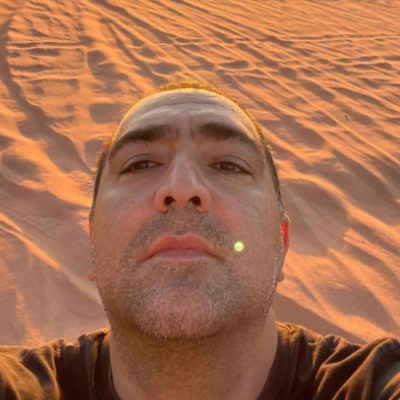 Eyad is a Video Editor and Digital Imaging Technician based out of Amman, Jordan. He loves food, music, mythology, and revisionist history.