A good DIT cart is the basis for every digital imaging technician’s work. Hawai’i based Michael Romano owns five different carts for various requirements. He uses a mix and match approach to be prepared for every kind of film set. Read more on how he handles his carts and power supply and see what’s his favorite part about his DIT cart in our in-depth interview: 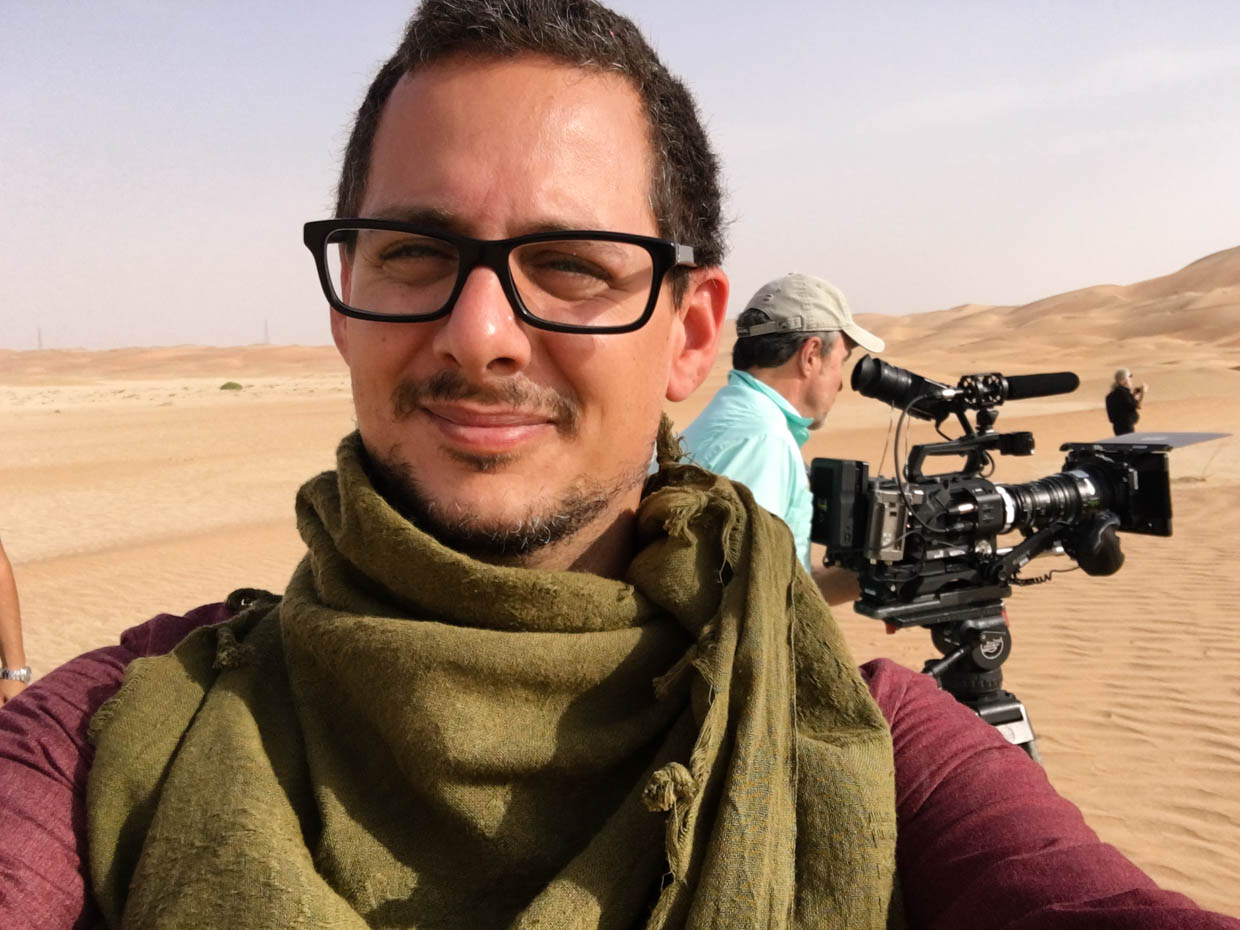 Michael, can you tell us a bit about yourself, for example where you are based and what projects you are usually booked for?

Michael: My name is Michael Romano, but everyone just calls me Strawberry. I’m based in Honolulu, Hawai’i, where I live with my wife Anna and our dog and cat. I’ve been a Local 600 Digital Imaging Technician for about ten years now with a history in features, episodic television, and commercials. I originally came from audio post-production (for which I have an engineering degree) and on-set lighting, which I think has uniquely prepared me for the multifaceted tasks DITs need to be knowledgeable about. 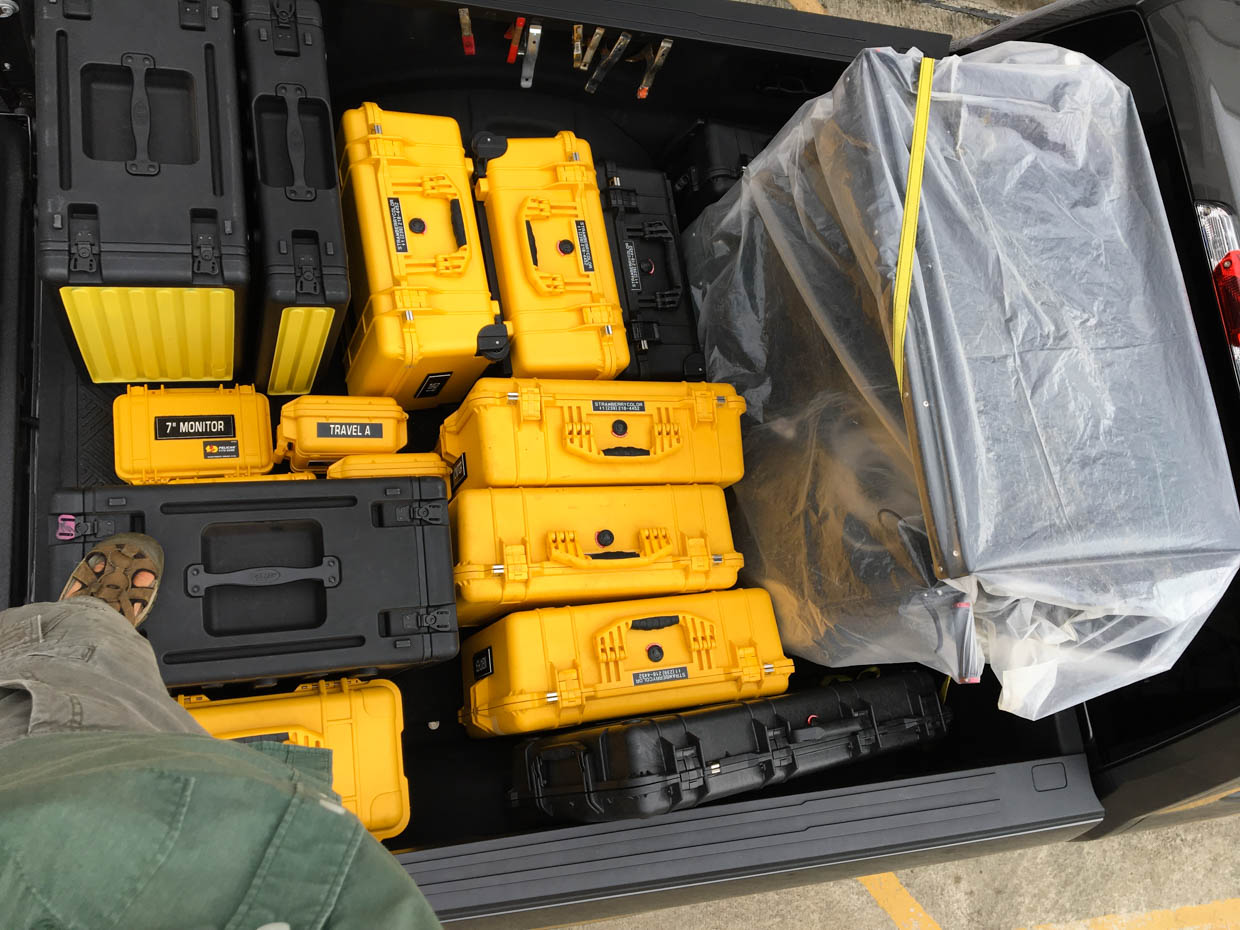 How would you describe your personal overall cart setup?

Michael: I have five carts now, but they’re all designed to be interoperable. I standardized on 19” 4U-6U rack cases, which allows me to build out a box for a specific task but mix and match it with other cases on other carts – all as the needs of a particular job dictates. All the cases are roto-molded to lock together, so a cart rebuild is “relatively” easy. I have quick-release plates everywhere, so things break down quickly and, more importantly, assemble quickly. This goes for VESA monitors, single-channel hand units, tablets, etc. 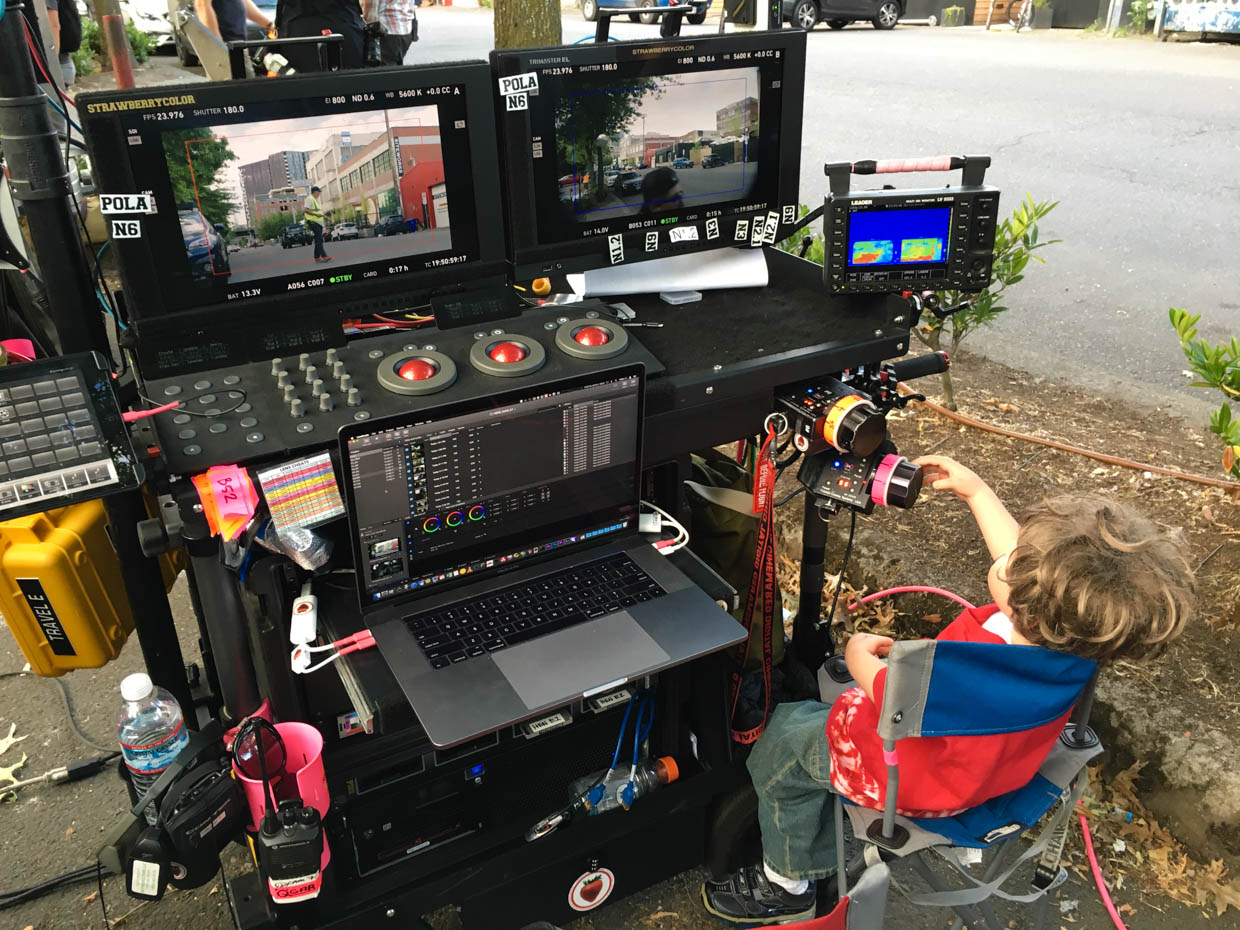 What about the cart itself, what size is it? Does it have wheels? Is it foldable?

Michael: My primary workhorse flavor is 36” in length. It’s the perfect mix of size, weight, and strength. The hand-operated disc brakes are pretty much mandatory at this point. It breaks down rather quickly, but it’s not the type that goes into a suitcase – I find the suitcase-style carts just don’t offer the same utility and wheel stability as a full-size one. Having the drawers and jockey boxes goes a long way to helping keep things organized. 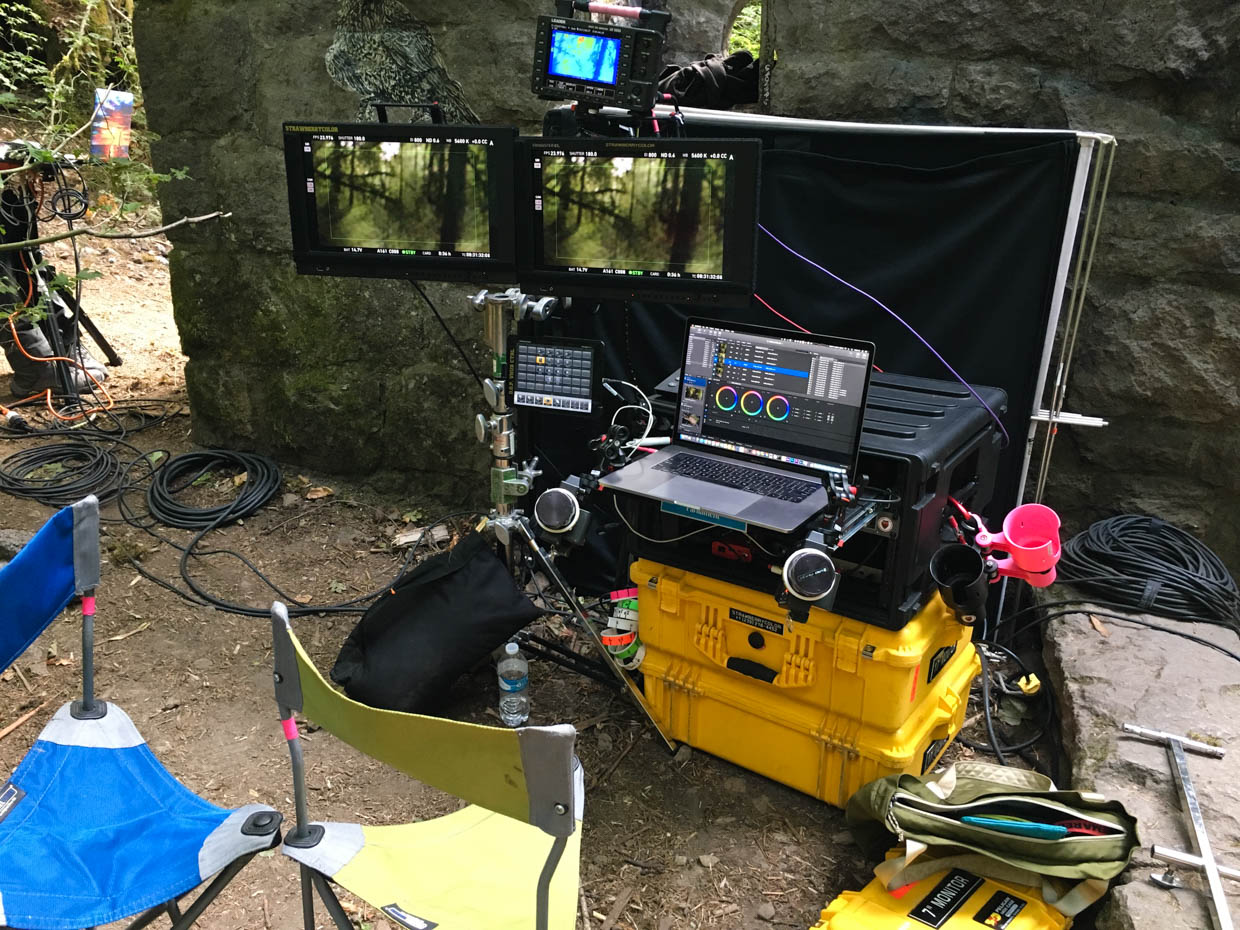 How many monitors does it have?

Michael: I use these CNC cut aluminum VESA arms to mount up my monitors so I can fit up to four OLEDs on a single cart. I can’t stand watching a picture in a quad split, and neither can my cinematographers. I always try to dedicate a monitor for each camera, even if it gets unwieldy! Outside of the primary picture displays, I also have waveform/vectorscopes and false-color displays to aid in exposure. I’ve been through so many different ones, but I have to say, the Leader LV5330/3 is the very best. It’s just that indispensable, although it comes at a truly staggering price.

What kind of video gear and computer gear did you include in your cart?

Michael: Everything is Mac-based, and depending on which case I have installed, I operate from either a MacPro or some flavor of MacBook Pro. I’ve been intently following the Hackintosh crowd for some time, but I just don’t have the time or appetite for problematic issues on location. I eagerly await the day a rackmount MacPro, or a stone-cold solid hack-in-rack comes available. 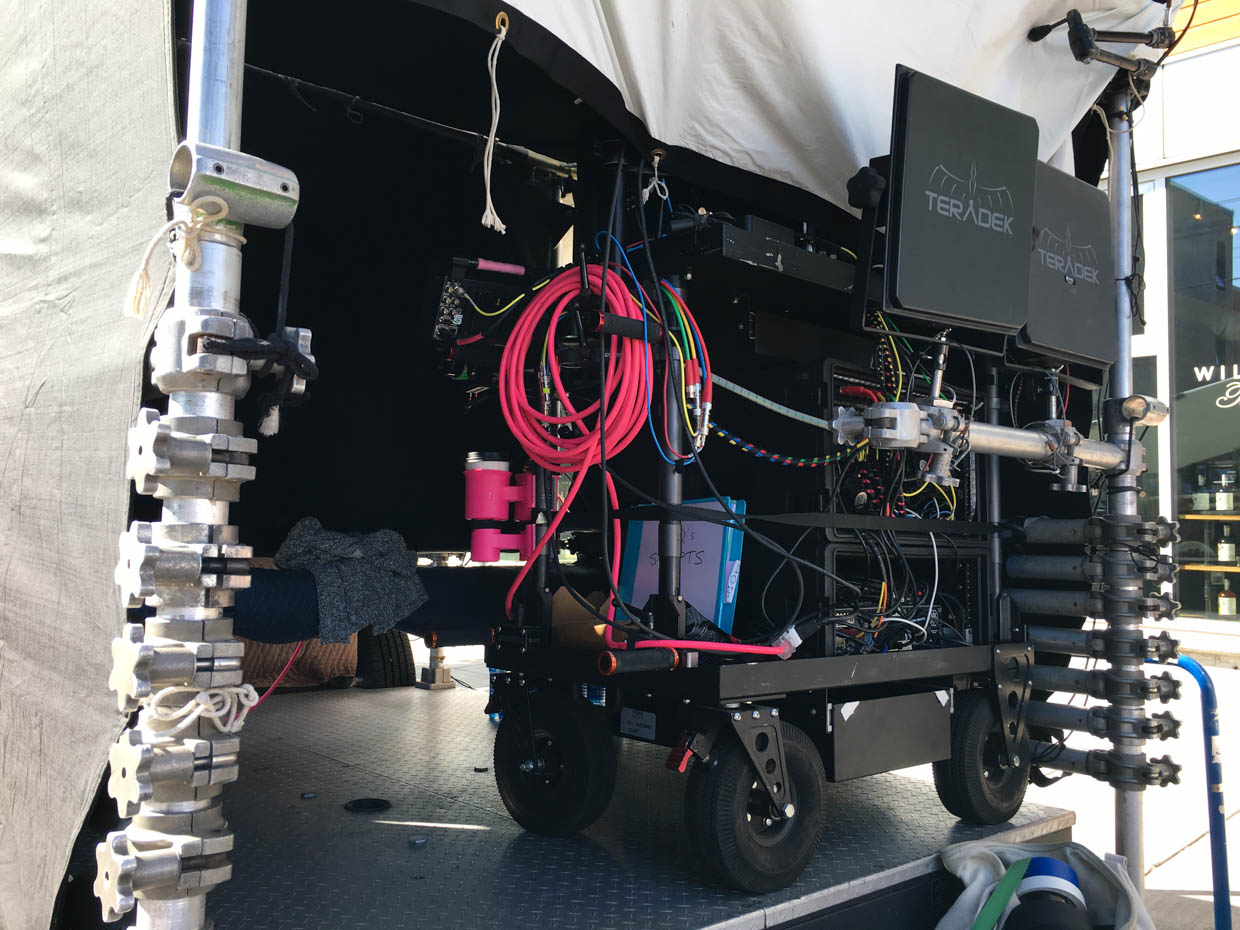 I use an HD-SDI video router to travel signal through all my components on my rigs. It has an iPad mini as a controller, which is wireless from my LAN. It’s spectacular—no need to repatch if there is an issue. Or if we go to a single-camera setup, I simply reroute the picture from one place to another. It’s also a real win to check the Log-C signal for confidence without the delay of switching monitor inputs – the router switch is instant and so fast it can be done while we’re rolling without sending the Log signal downstream to the village monitors. 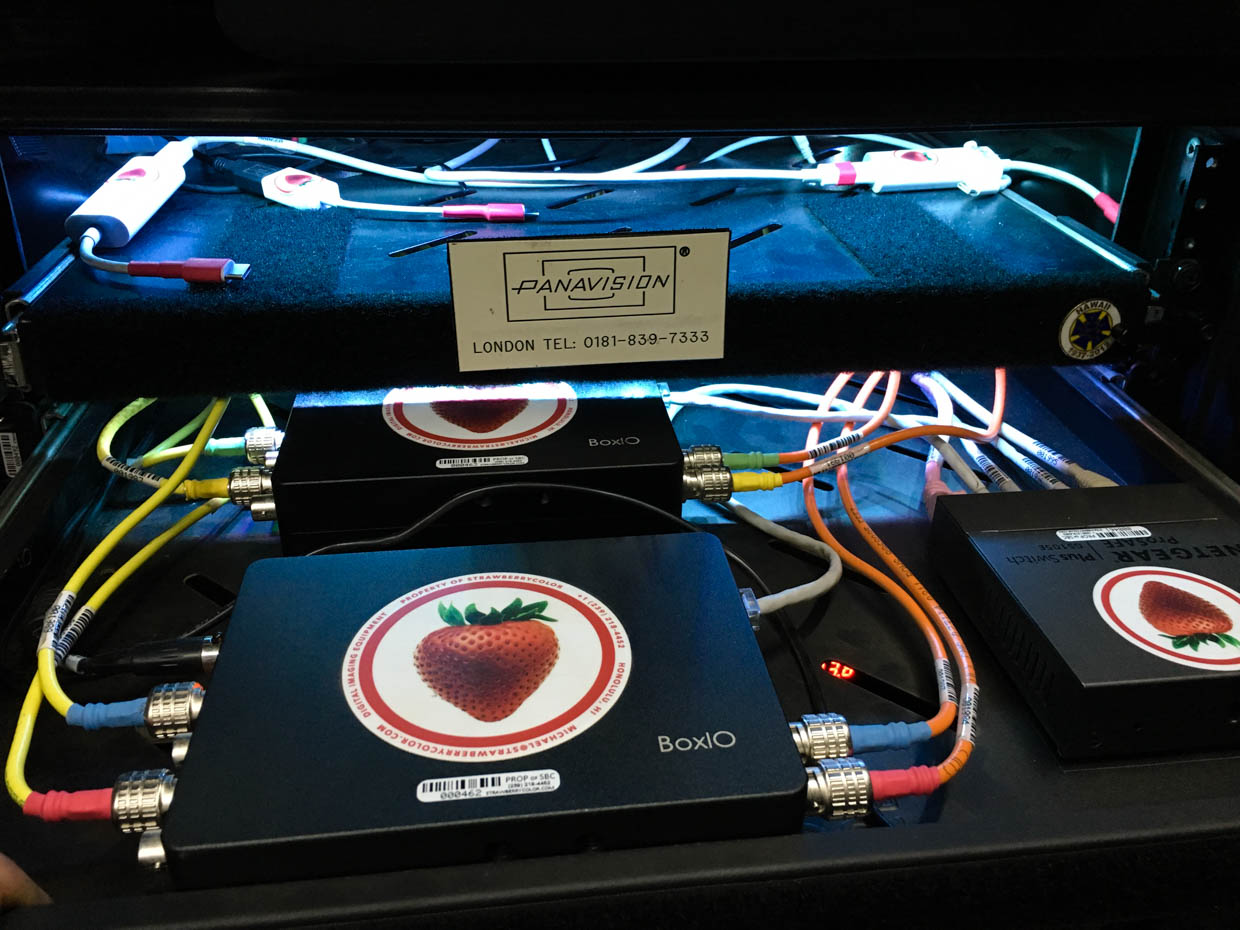 Most of my work is either live color, dailies, or a mix thereof, so LUT boxes are mandatory. With so many options now available, it’s a good time to be in that market as a buyer! That being said, I prefer hard-lined boxes inside my cart much more than the wireless variety. The higher-end ones will even allow for stills capture over ethernet, which further reduces the need for additional SDI/IO boxes.

Michael, how do you handle power supply on set?

Michael: Power is tricky. Depending on the job, I have different options available. If it’s a live color only, without a transcoding deal, I break off the Mac Pro 6U rack case and can run on my 12VDC power supply. This allows me to ditch the 2U rack-mounted UPS, which is an absolute beast of weight. I basically went in and modified units (yes, soldering) or made cables that would allow me to get rid of every wall wart on my entire cart. Most devices like LUT boxes, quad splitters, and even travel drives are already 12V. I was able to lose 2U and somewhere around 35LBS in the end by removing the AC component of all my power. I can’t recommend it enough.

Unfortunately, the MacPro, RRX, Spinning RAIDs, and enclosures just have too much draw or are too complicated to (reliably and with warranty intact) be converted to 12VDC operation. That’s why I have a few independently racked UPS power supplies as bolt-on additions when required for those systems. 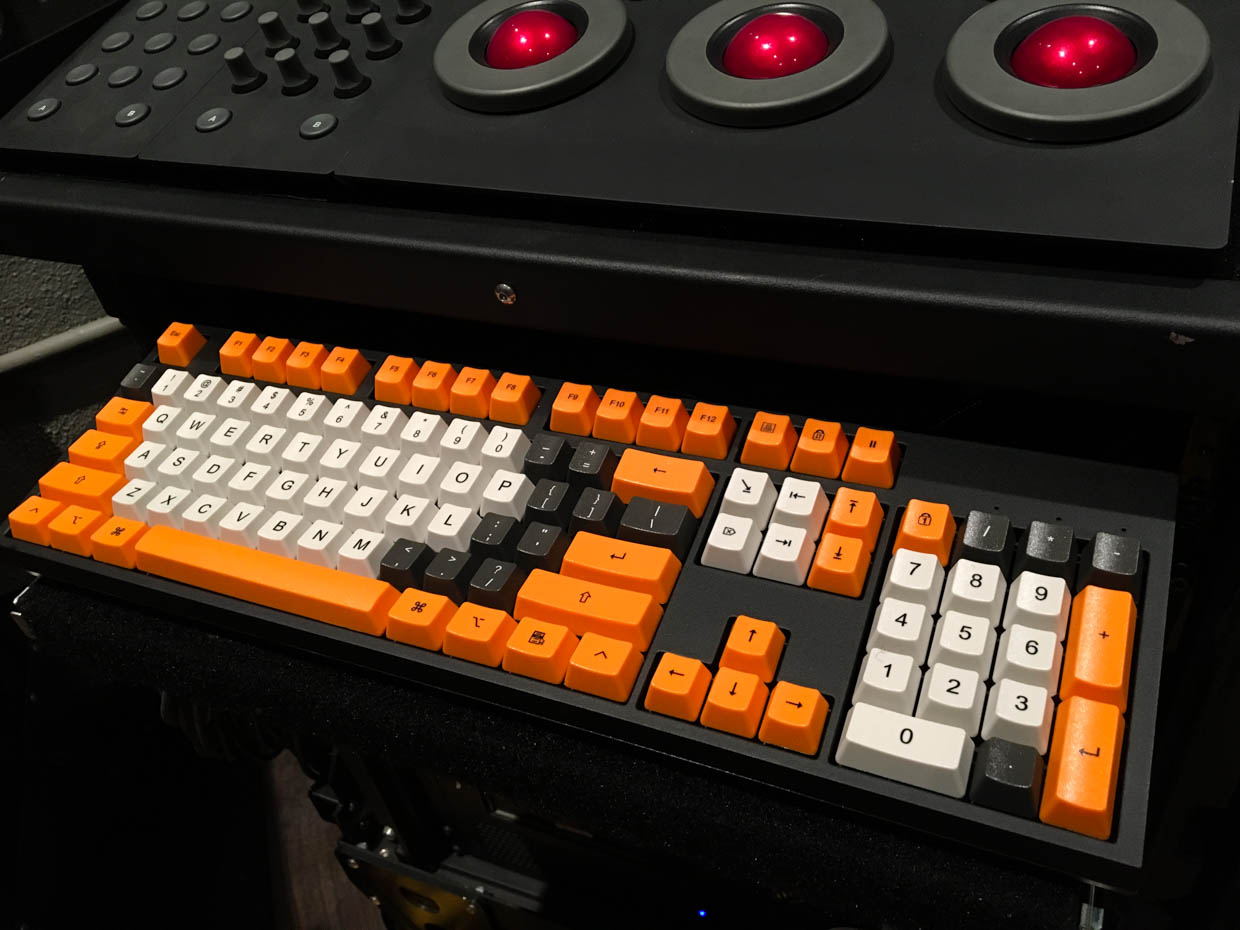 What is your personal favorite component of your cart?

Michael: My Tangent Panels. It’s ridiculous how fast you can operate in Livegrade with that thing! All custom remaps, and it’s off to the races.

What has been the latest addition to your DIT cart?

Michael: Dolly handles! DPs require quick access to sets, and so many times, we end up shooting in a 2nd-floor walk-up. We have to be as close to the set as possible during the lighting stage, so anything I can do to reduce weight and footprint without compromising the mission objective is key. It helps to buy the grips some beer, let me tell you! 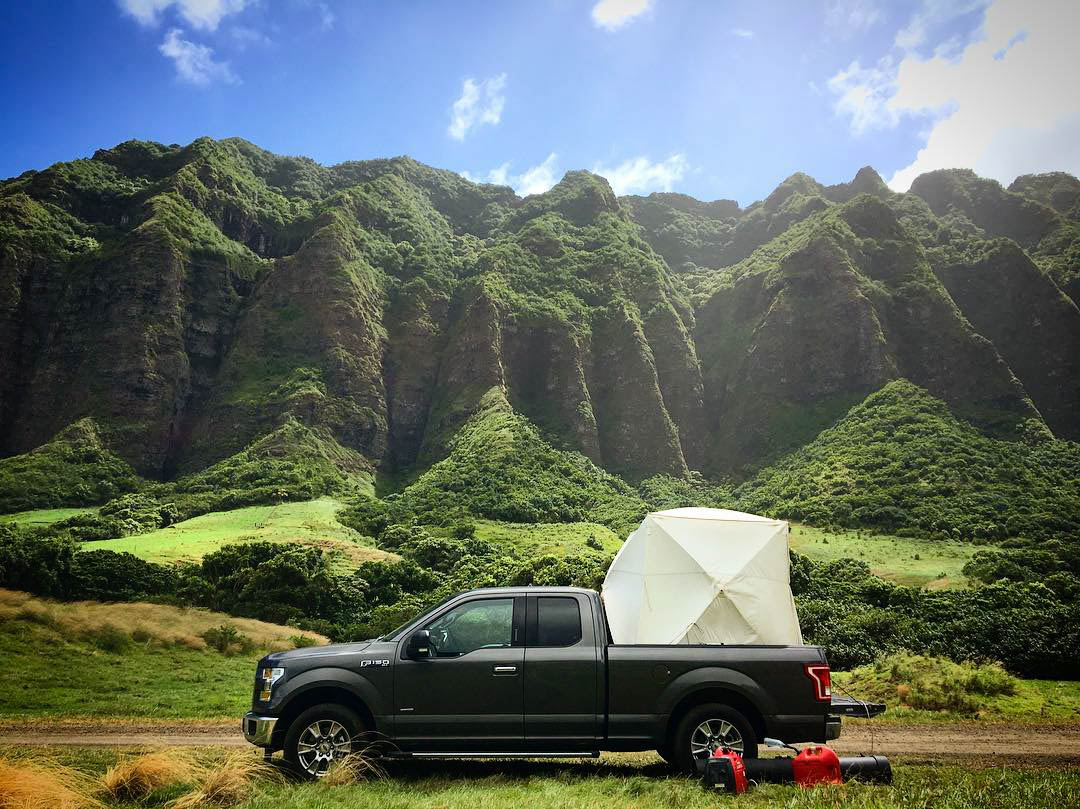 Share with us any notable stories that have happened with or to your cart while on set!

Michael: In Hawai’i, we shoot in a lot of all-terrain areas: Valleys, streams, jungles, beaches, etc. So often, regular camera trucks cannot access these off-road places, and steakbeds are simply too large to get right up on the actual set. So it has become an increasingly common sight to see my blackout tent built in the back of my F150. I just drive it from one set to the next, fully built and ready to rock with a 2K generator running in the bed.

Michael, thank you for the interview! 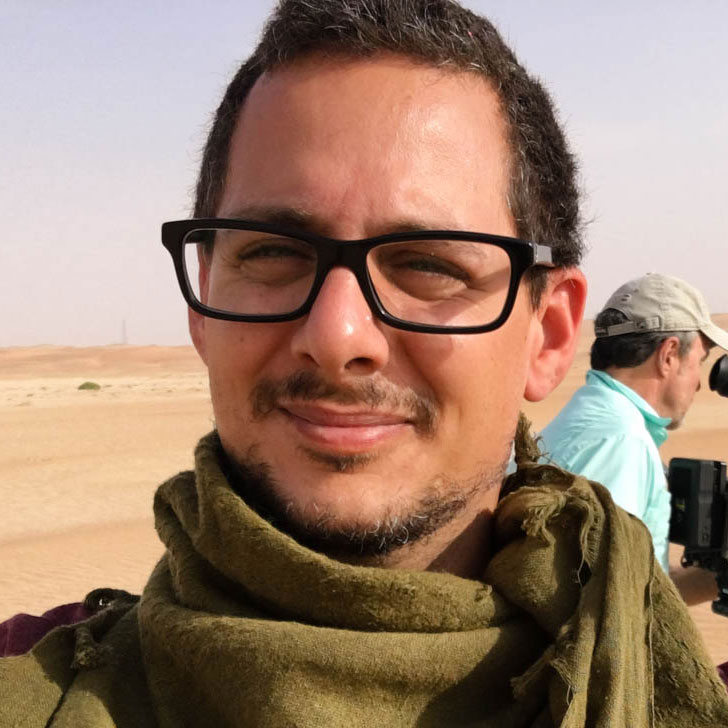