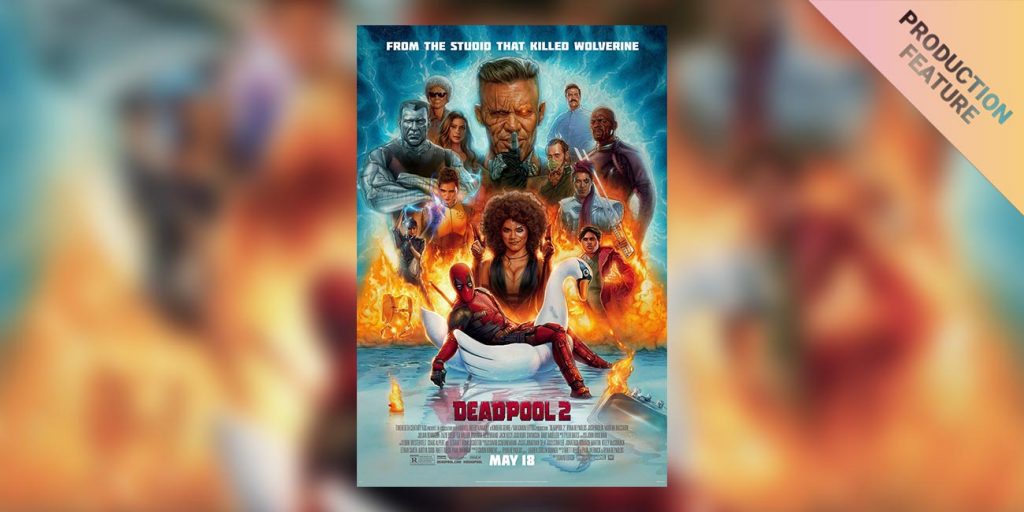 Deadpool 2 is the sequel to the most popular R-rated movie in history. Despite being produced by an entirley different team, on-set color again played a big role in its production.

Main Unit DIT Simon Jori was responsible for on-set color and look management on Deadpool 2. In a recent interview with us he talks about the power of on-set color, the importance of testing looks beforehand, and explains why he likes to run more LUT boxes than cameras.

Hi Simon, thanks for agreeing to this interview! To start off, can you please tell us a bit about yourself?

Simon: I am a Vancouver based Digital Imaging Technician. I really enjoy it. It’s a great blend of art, craft, creative motion picture story telling, people and personalities, technology problem solving and cutting edge color science, for the nerd in me. There’s rarely a dull moment.

When I was first starting out, I had the opportunity to work in a film lab as a colorist assistant and junior dailies colorist. The lure of on-set life was too much and I joined the camera department, working as a 2nd AC, then focus puller for many years.

I feel all these past experiences give me a well rounded perspective and allow me to bring an extended level of service to the DP and production.

You’ve recently worked as DIT on Deadpool 2. What was your role for it, and how did the team come together?

Simon: I worked on this movie as main unit DIT. Our director, David Leitch, and DP, Jonathan Sela, are the team from John Wick and Atomic Blond. They are a very talented duo, with a lot of energy and vision. We also had a very strong crew, which was vital as the days were very busy on this movie. Quite a tight schedule and very ambitious. There was always a lot to do each day.

Simon: I only work with LiveGrade Pro now. It’s so slick and the team at Pomfort is really listening to us guys on the ground, adding new features all the time, like the stills capture, multiple grading modes, and FSI Monitor support.

They’ve now also integrated scopes into LiveGrade Pro. I think that’s a very useful feature when running a stripped down light-weight system, to have all the tools you need right there in LiveGrade Pro. It’s really the only choice in my mind for live on-set color work. 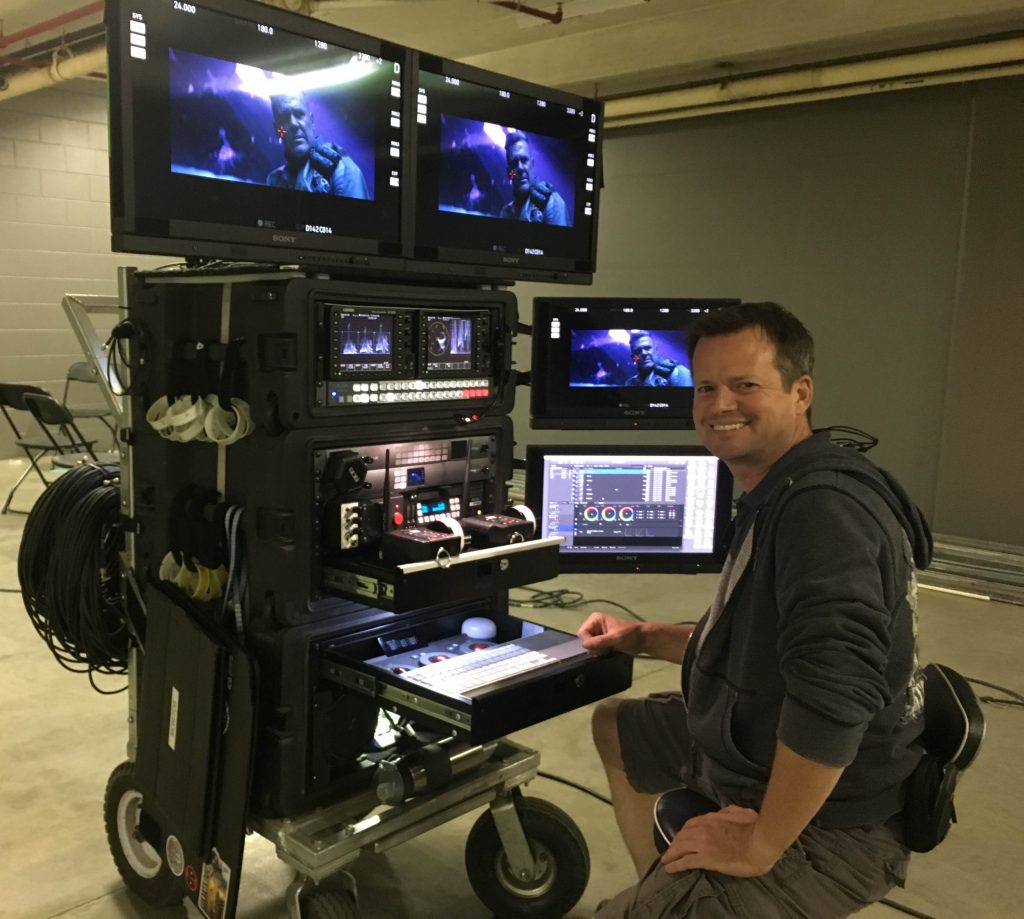 DIT Simon Jori at his cart

What LUT boxes were used, and how many were controlled by LiveGrade Pro simultaneously?

Simon: I run four LUT boxes full-time, all controlled by LiveGrade Pro. I am using Teradek COLR’s now. The Flanders BoxIO’s are very accurate too. I love that Pomfort works with so many manufacturers to give us options for what LUT boxes or video card devices we want to use.

I like having more boxes running than I have cameras so I can privately grade the current shot on a separate LUT box. This way I am not disturbing the feed going to the director. Then when happy, I apply the improved grade to his feed and lock it in. Also, since I record all of the camera feeds in LogC to computer hard drive (using AJA Kona cards and BlackMagic Designs UltraStudio 4K and Express), I can re-grade any of the day’s work as needed in the background, and then pull new stills and CDL’s to submit to the dailies process. Of course LiveGrade Pro now allows you to record un-graded stills and re-grade right there in the application. So smart.

I have had up to 9 LUT boxes connected to LiveGrade Pro at a time during big stunt sequences on previous projects, and it’s nice to be able to use a mixed bag of LUT boxes when needed in situations like that.

How was collaboration between DP & DIT with the Post-house, especially in terms of color and on-set looks?

Simon: There was plenty of on-set color work on this project, with some fairly strong CDL grades at times.

The DP, Jonathan Sela, as do I, likes to dial in his vision as much as possible as we are shooting. He is very collaborative and a fantastic cameraman. He tends towards strong use of color, light and shadow. I feel this is one of the biggest advantages of on-set color, being able to see your scene’s lighting with the grade applied. It allows you to push the lighting further, seeing in real time how things react with the camera, what works and what doesn’t. You will always get a stronger final product in this interactive way than you would by simply lighting the scene “safely” and hoping to dial it all in later.

I used the Technicolor LUT ScD60 as our base. I like this LUT as a start point. It is softer, more neutral and has less chromatic artifacts than ARRI’s Rec709/K1S1. I feel it holds up better if we need to drive the grade a bit more than usual in pursuit of a bold look.

It’s important to know your on-set color will track correctly when rendering dailies off-set. Much of my prep process on a show these days is centered around testing the equipment and workflow, at my end and at the lab, to ensure this is the case. I need to be confident that the DP’s vision and all our hard work shows up downstream as intended. No surprises. LiveGrade Pro makes that easy. Color grades out of LiveGrade Pro translate accurately in DaVinci Resolve, Colorfront OSD, Assimilate Scratch, FilmLight BaseLight, Daylight, or whatever. 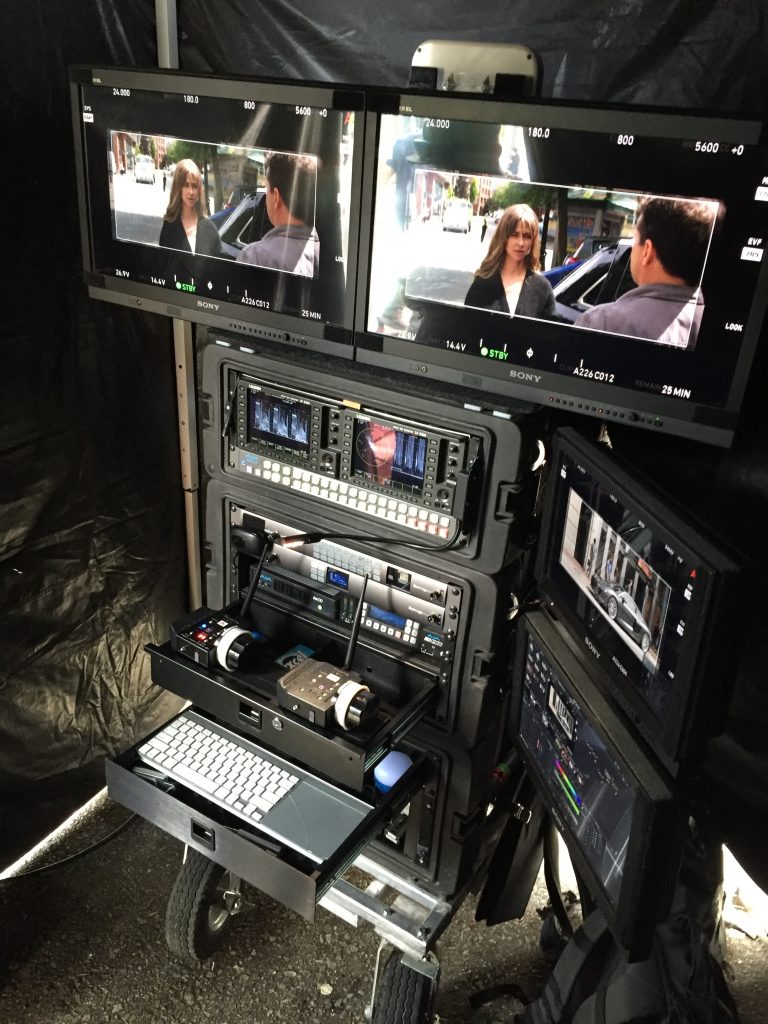 All the tools in one cart

We had a great dailies team, headed by dailies colorist Erik Haase at Technicolor. He and I communicated regularly and I knew I could count on him to be true to our grade and smooth out any bumps as needed. That is very reassuring on difficult exterior shoot days with rapidly changing lighting conditions and multiple cameras.

If you think back to this project, what’s the most memorable thought that comes to your mind?

Simon: Some of the most memorable work would be having the city’s downtown core locked up for weeks of shooting for the convoy-battle scene, chasing the action around the streets in our combination DIT/Video Assist/Sound sprinter van. A lot of moving parts to get those big sequences!

Many thanks to Simon for sharing all these insights into production of Deadpool 2!

This isn’t the first time that LiveGrade Pro has been used on Deadpool. Last year we had the chance to talk to Mitch Bax and Chris Bolton about production for part 1. Check it out here:

Not working with LiveGrade Pro yet? Learn more about on-set color and how it can help the team on set: 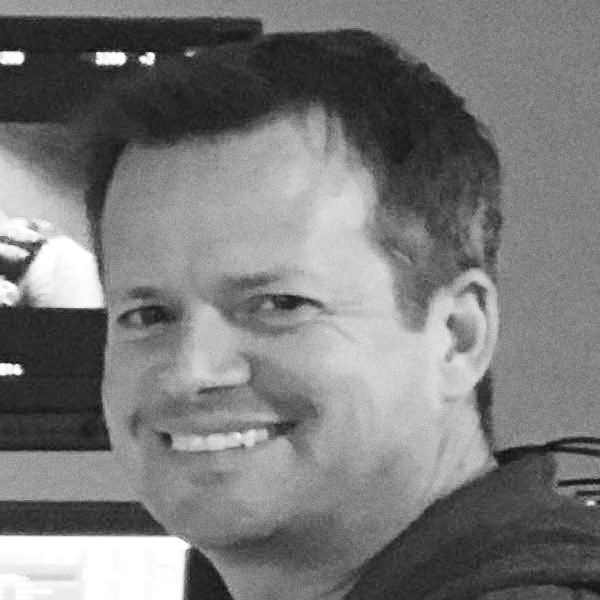 Simon started out as colorist assistant and junior dailies colorist before switching over to on-set life. Today he works as DIT on a number of large-scale productions including The Revenant, Godzilla, and recently the Netflix series Altered Carbon.