The ARRI Look Library offers on-set looks for all kinds of productions. It holds creative color gradings that provide a unique but repeatable aesthetic when combined with the cinematographer’s choice of lenses. Providing a repertoire of 87 high-quality looks in three intensities, the library allocates each of them in a unique number and groups them into nine themes, such as “Black-and-White”, “Film”, and “Period”. The ARRI Look Library is a licensed feature of the Software Update 5.0 (SUP 5) for ALEXA Mini and AMIRA Premium. 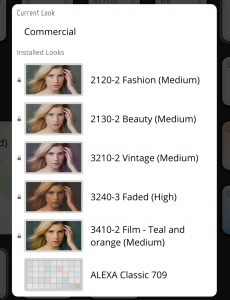 Prepare: Load a Look from the ARRI Look Library

In order to use looks on the camera and via the app, the looks of the Look Library need to be loaded to the list of active looks within the camera. To load a look go to the “Look” menu in the camera’s settings: 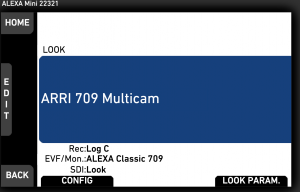 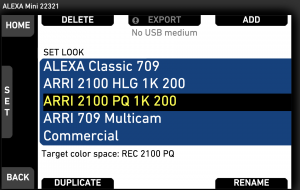 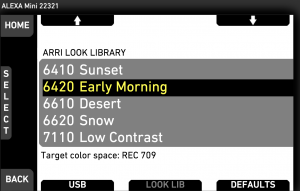 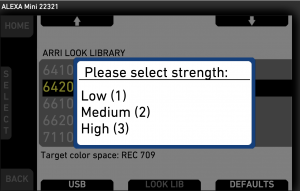 Apply Looks in the App

Access the “Look List” in Pocket Control and pull it down to refresh it with the looks you have added from the ARRI Look Library to the active list of looks: 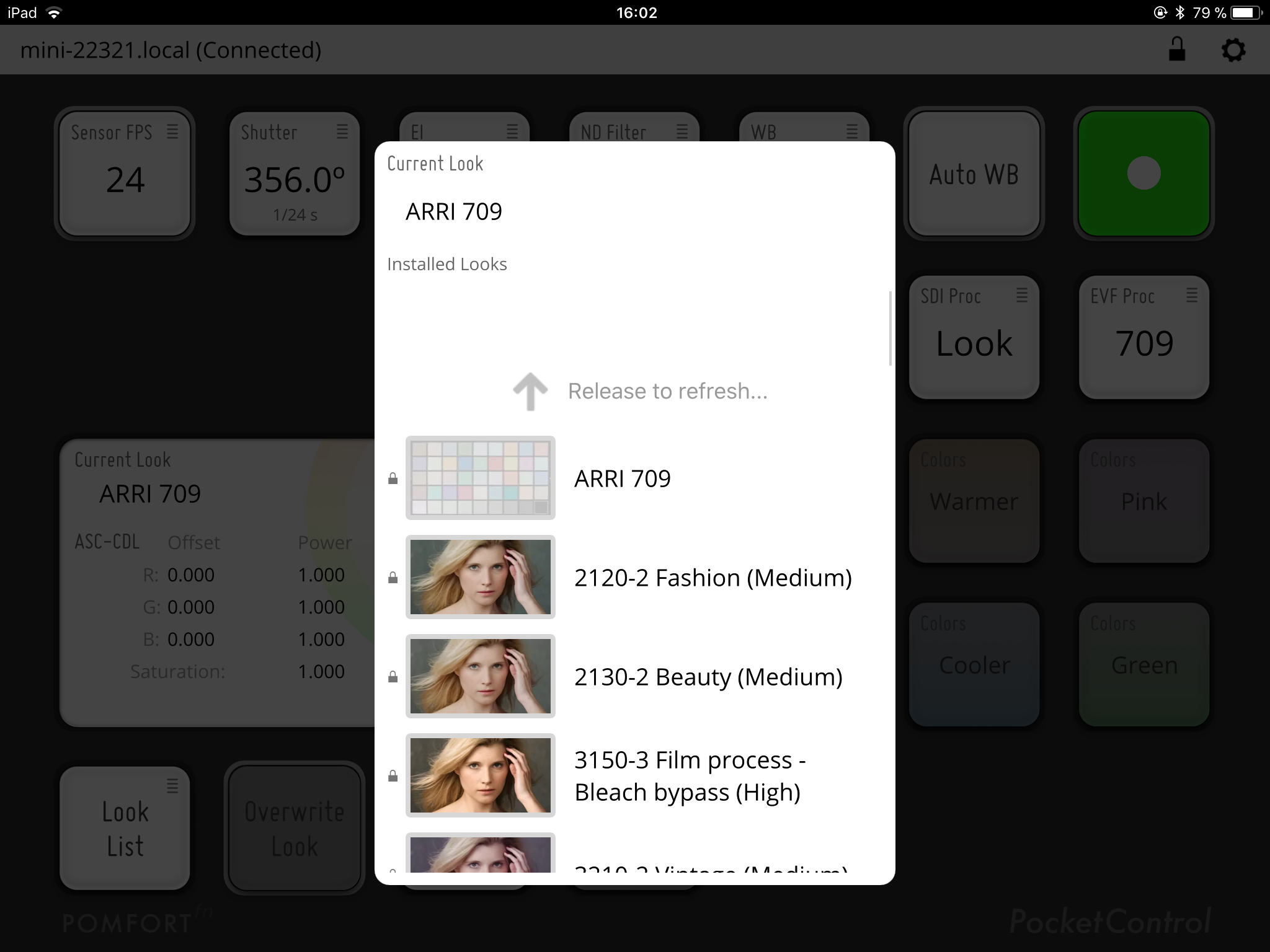 You can now go through the list and apply a look by tapping on it. 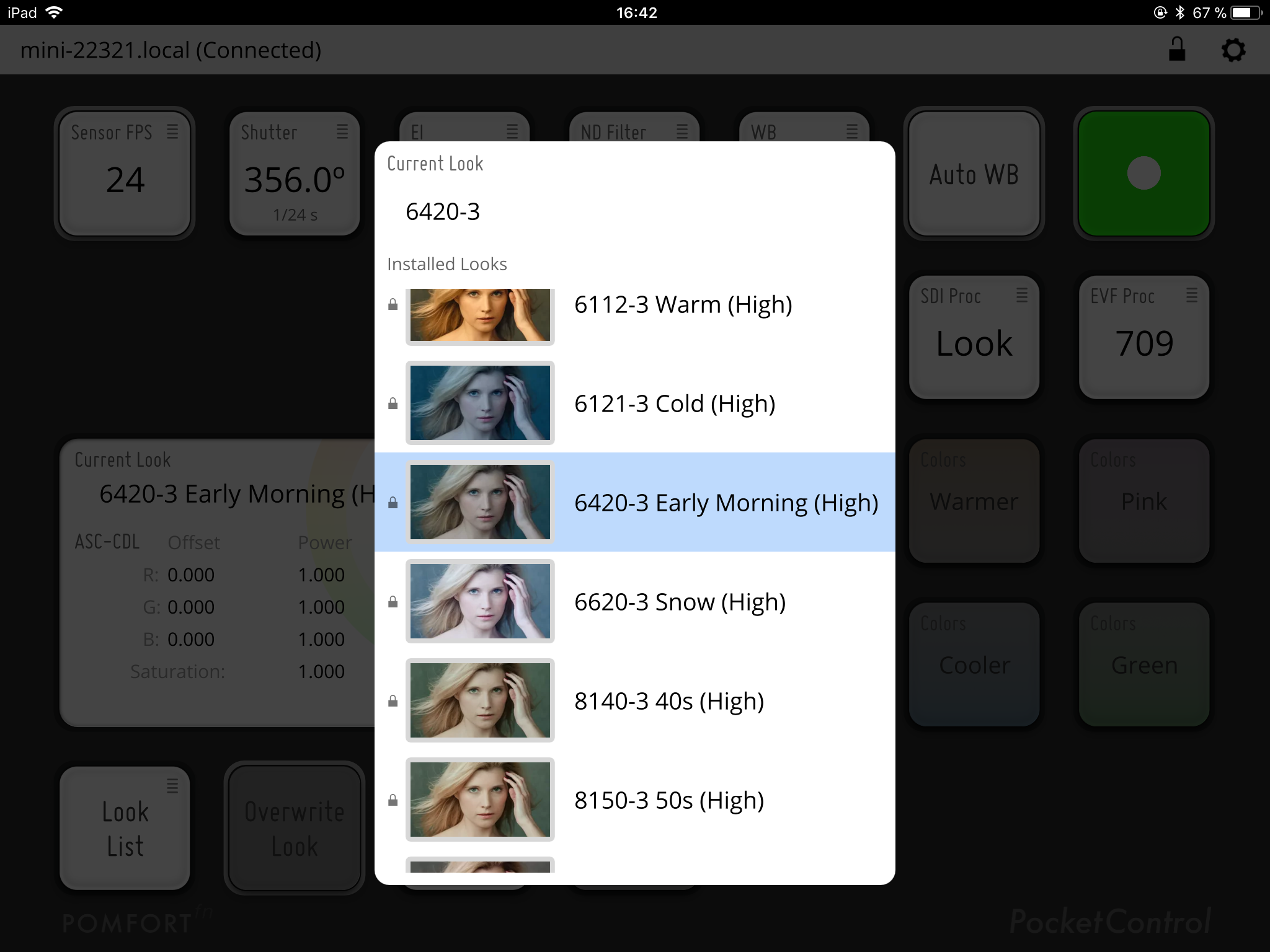 It will then be applied in the camera and displayed in the “Current Look” section in PocketControl. 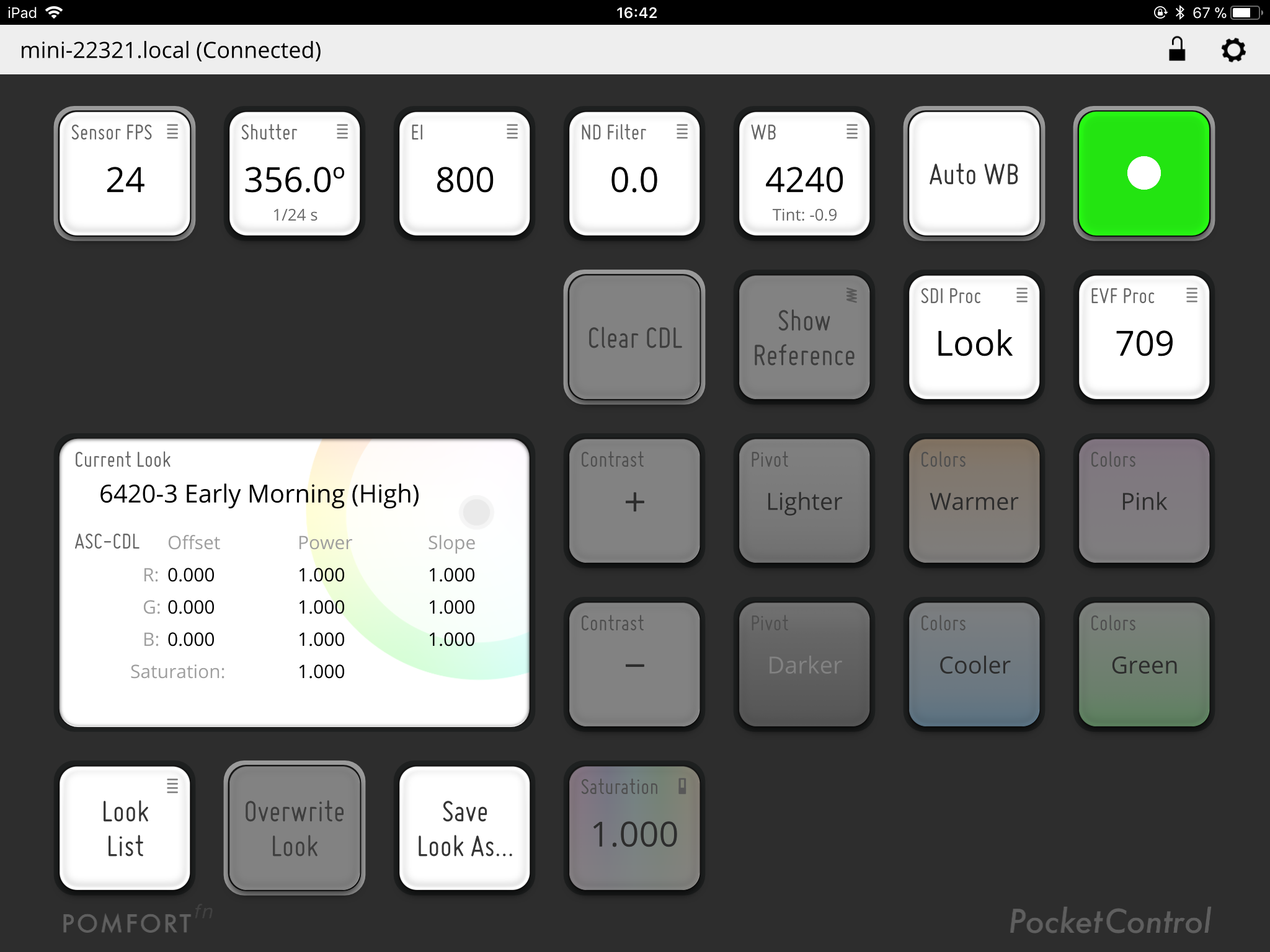 Save/Duplicate Looks to Refine Them

The looks from the ARRI Look Library are locked in the camera and cannot be modified directly. To enable refinement via CDL controls you first have to save the look as a custom look.

Choose “Save Look As…” and fill in your custom look name. You can then choose the saved look from the “Look List” to refine it via the contrast, pivot and color control buttons: 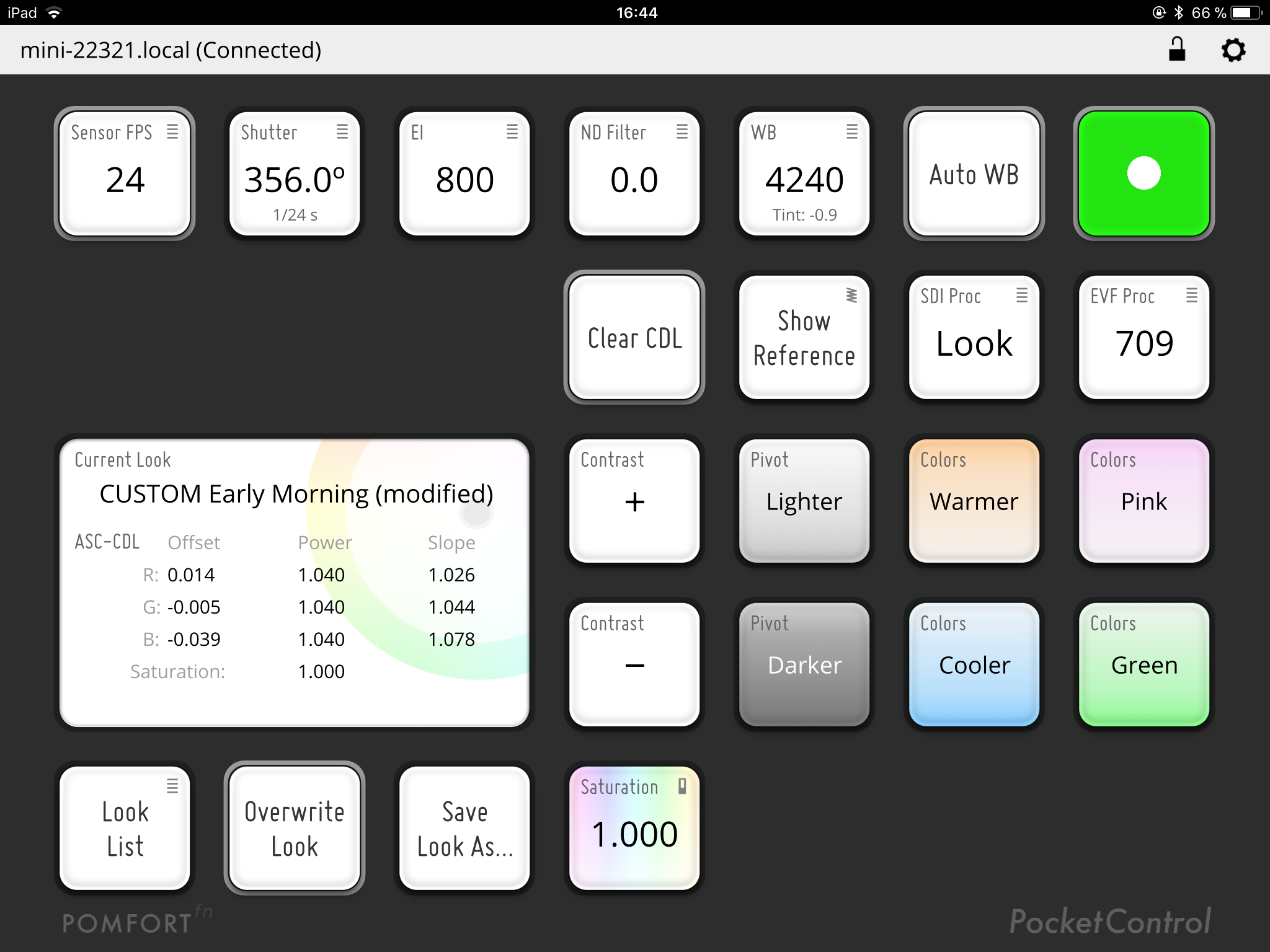 It is possible to achieve a warmer or cooler looking image both with the white balance control as well as with a look that is defined via the ASC-CDL. PocketControl implements white balance and looks functionalities with different intentions:

The white balance is usually used to receive a neutral white on the camera image. As a mainly technical factor the white balance is set  according for different lighting situations (as well as lens and filter choice). Its basic use case is to achieve a technically neutral image with a balanced white.

After setting up the white balance with a neutral white, a creative look can be used to move the appearance of the image into a specific creative direction. As the image can be recorded without the look this approach enables a non destructive workflow and allows to test different looks on a well balanced neutral image.

The warmer / cooler controls as well as the pink / green controls in PocketControl are implemented to preserve the overall luma of the image. They work as “lift” filters, which means that they affect mainly the darker and mid areas of the image and leave the highlights (almost) unaffected. In that way these controls also have a quite different impact on the image in their behavior than the implementation of white balance in the camera.

Your ARRI Camera Menu to Go