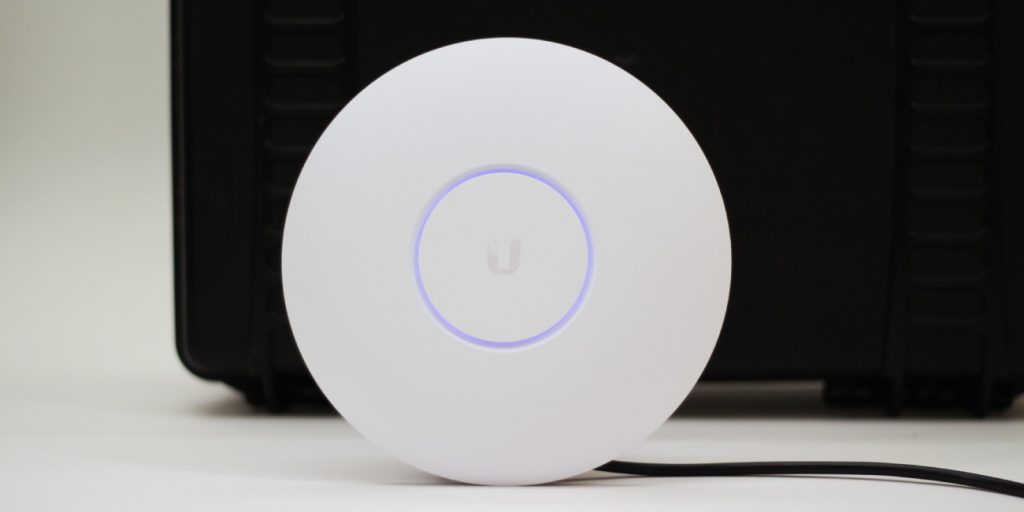 In our blogpost “Getting Started with PocketControl” we previously described how easy it is to prepare the camera and connect the app directly to the camera’s Wifi. However, there are situations where other configurations for connecting can be beneficial as well – e.g. to create a higher reach or a more flexible setup. For this reason we would like to introduce you to a few more network connection alternatives in this article: 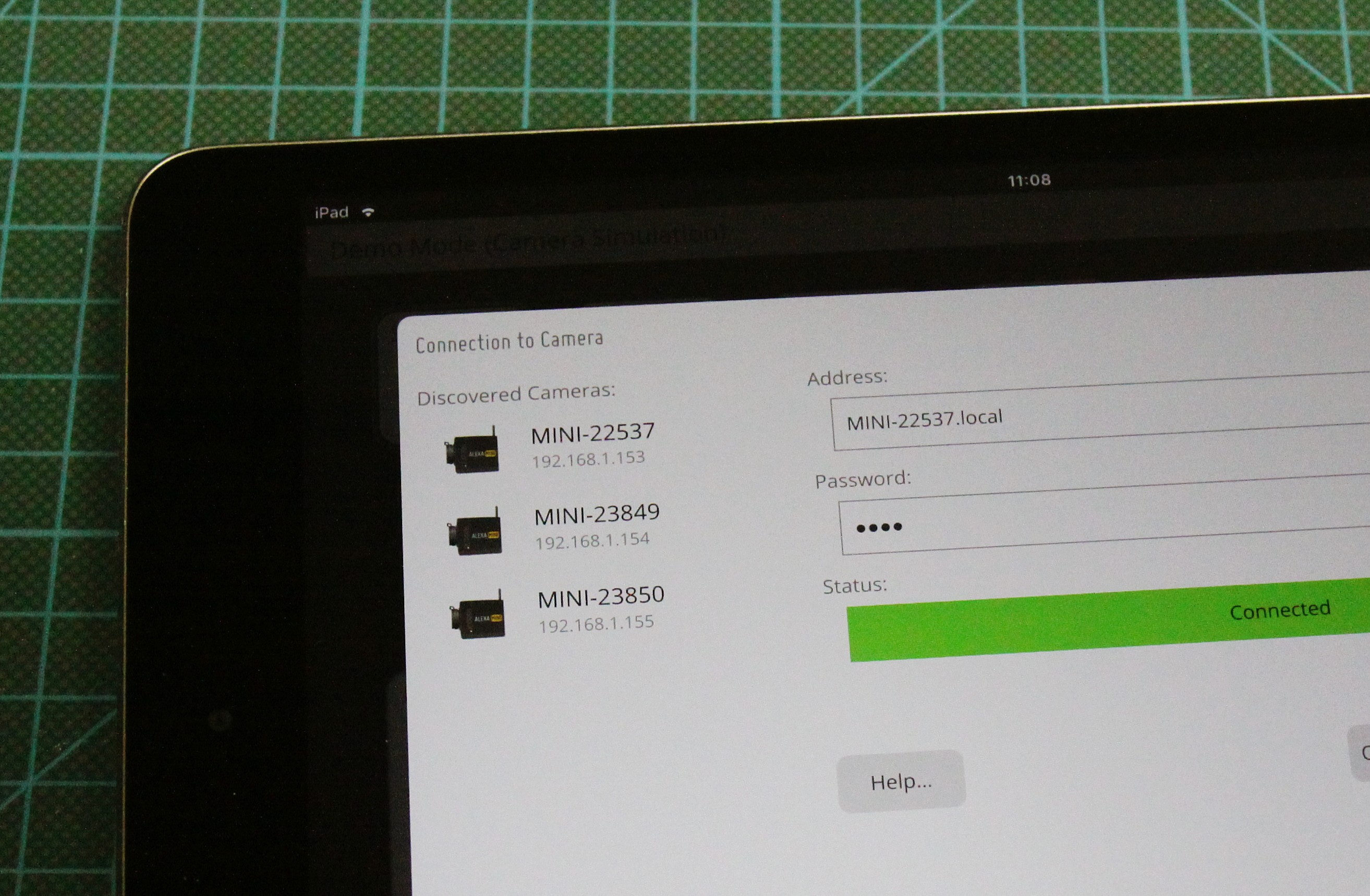 When joining an existing network infrastructure with multiple cameras, PocketControl automatically detects all of them in the “Discovered Cameras” section.

Go to MENU > System > Network / WiFi > Wifi Mode  and change it to “Client”. This will enable you to connect to an existing Wifi via the “Wifi Network” menu entry: 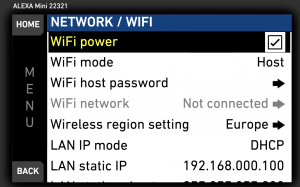 Ubiquity offers an extended connection control browser interface that you can use to monitor your connections. You can monitor your Wifi infrastructure (hotspots) and the joined devices.

Monitoring the Wifi infrastructure with the UniFi system for Ubiquity devices

Connect to PocketControl via an Ethernet Cable

For the iOS device the following parts are needed to enable such a connection:

Connect the iOS device via the Lightning to USB adapter and the USB cable to the USB Hub. The USB Hub has to be powered externally for the tethered connection to be working.

Connect the USB to Ethernet adapter to the USB Hub.

Connect the Ethernet adapter either directly with your camera or to a network switch for connecting to an existing network infrastructure.

Connecting an iOS device to an Alexa Mini’s Wifi can disable the internet connection of your device – even if it has cellular connectivity. This happens because the iPhone assumes that the camera Wifi also provides internet access (same as for example with your Wifi at home). But as the Alexa Mini doesn’t have internet access itself, the routing of the iPhone’s internet traffic ends at the camera.

In order to circumvent this situation you can change the network settings in your iPhone. With these changes you will be able to control the camera with PocketControl as well as accessing internet services like email through the cellular service of your phone.

The root of the problem is that the Alexa Mini’s DHCP server that is providing IP addresses to your iPhone also tells the iPhone that the camera itself is a router to the internet (which it obviously isn’t). So we need to get rid of this router setting.

To do so join the camera Wifi first and then go to the Wifi setting in iOS. 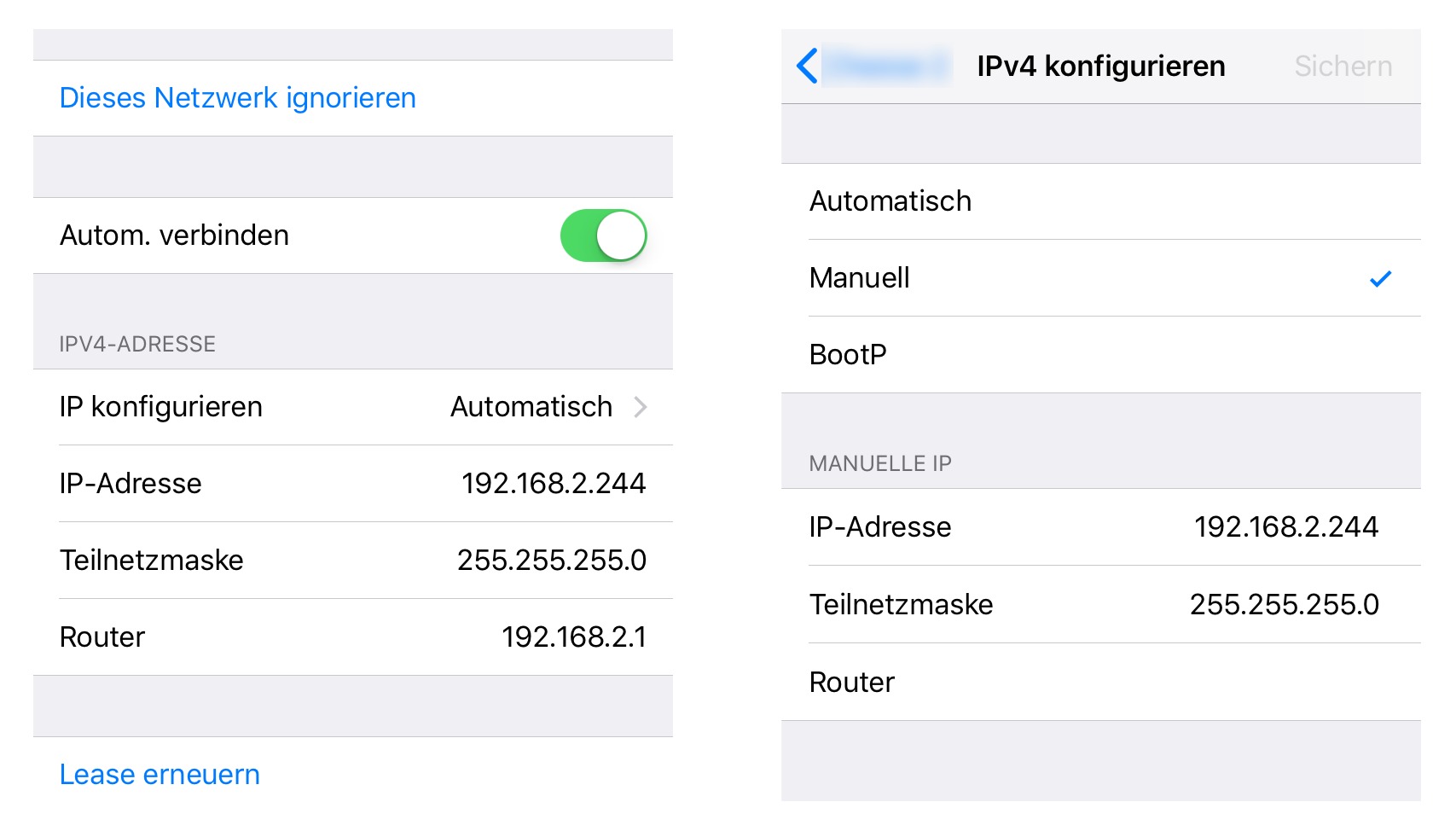 The setting will be automatic (“Automatisch”), including a router address. 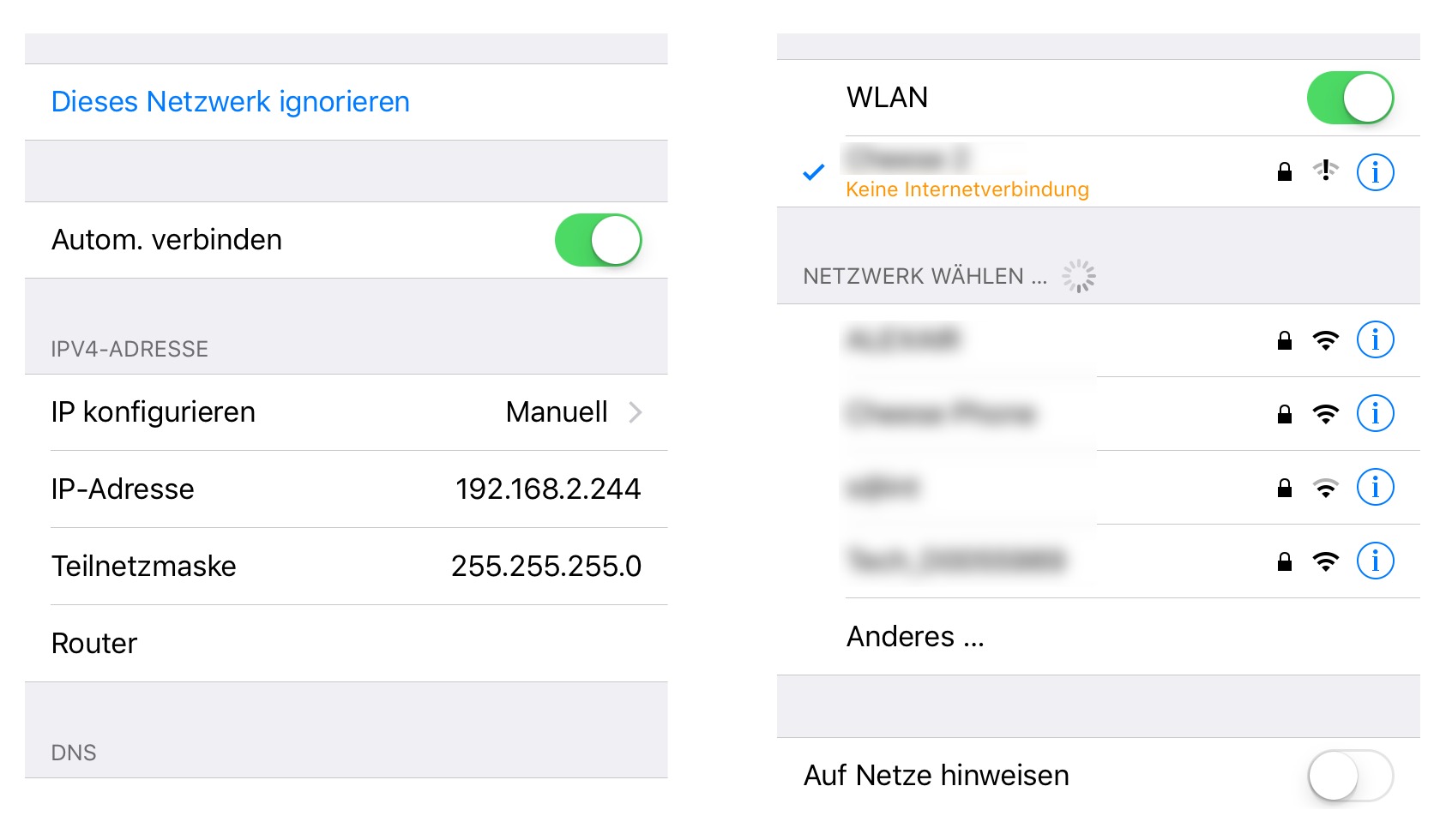 Now you should see the router field being emtpy. The Wifi in the toolbar should disappear, but in the Wifi overview you will still see that you are connected to the camera Wifi (there will even be a warning that the Wifi has no internet connection, which is exactly what we want).

Now you can use PocketControl to control the camera, and at at the same time use the phone’s cellular service for accessing the internet.

Your ARRI Camera Menu to Go