With its hit show The 100, CW network has set new standards for post-apocalyptic TV shows. The edgy characters, scarce landscapes and a distinct ‘harsh’ look that is predominant throughout the show make it easy for the viewers to dive into this fictional world, in which humans struggle to survive after a nuclear catastrophe.

Someone who knows the look of the show best is Noah Richoz. Noah has been working as a DIT on the show since season two, and is currently shooting for season 5 which is set to air later this year. In a recent interview with us he explains why Silverstack XT and LiveGrade Pro were his go-to options for this production, and how on set looks enhance the distinct style of the show.

Noah, first of all thank you very much for agreeing to the interview. To start off, could you tell us a bit about yourself?

Noah: I grew up in the ski resort of Whistler, British Columbia, and always had a keen interest in filmmaking. After graduating school, I decided to move to Vancouver as it had already become a large production hub for film and television work. In 1999, I became a member of IATSE local 669 in the video playback category. Later, during the infancy of digital cinema in the area, around 2007, when cameras such as the Sony F900 and Grass Valley Viper were prominent, I made the transition over to being a full time DIT. The job appealed to my strengths; being tech savvy in a constantly evolving industry and my passion for cinematography. 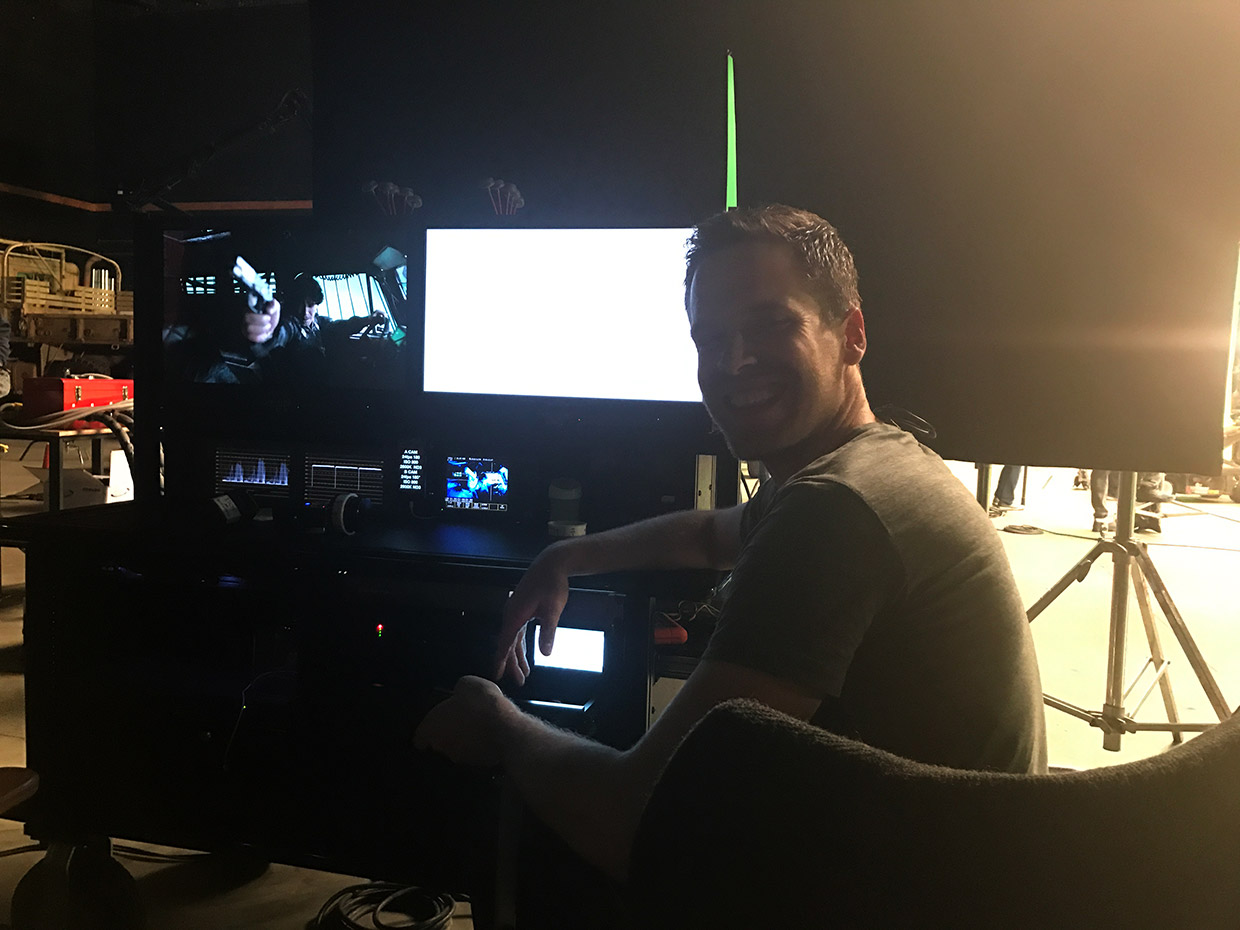 You’re currently working as DIT on the 5th season of CW network’s show The 100. How did the team come together initially, and what is your ‘role’ for the project?

Noah: Having worked with Director of Photography, Michael Blundell, previously on several projects and having enjoyed his creative vision and his team attitude with the entire camera department, I was keen to help him achieve his vision as a DIT. The project brings some interesting aspects creatively that a DIT can help with. Being a post-apocalyptic drama, we get to play with unique and unusual styles that can be enhanced with the help of looks created on set. 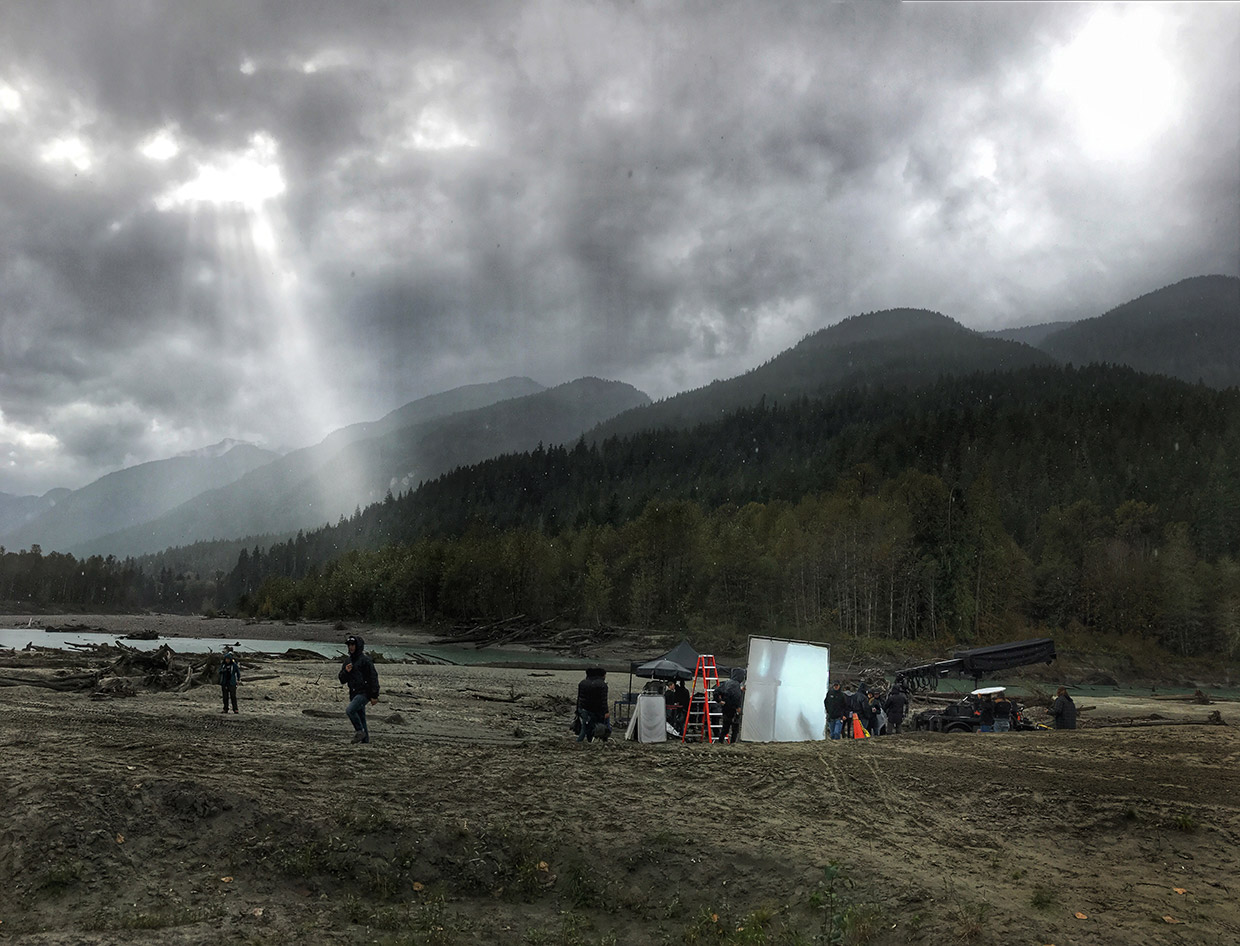 Could you give an example of where on set looks enhanced the style of the show?

Noah: Creatively, our look creation on set really comes into play when we need to establish a certain aesthetic that’s not possible to do any other ways, like with lighting. One of the more memorable examples of this was a desert landscape that several characters had to cross. We had fun coming up with a very harsh, dirty amber look that really added to the story. 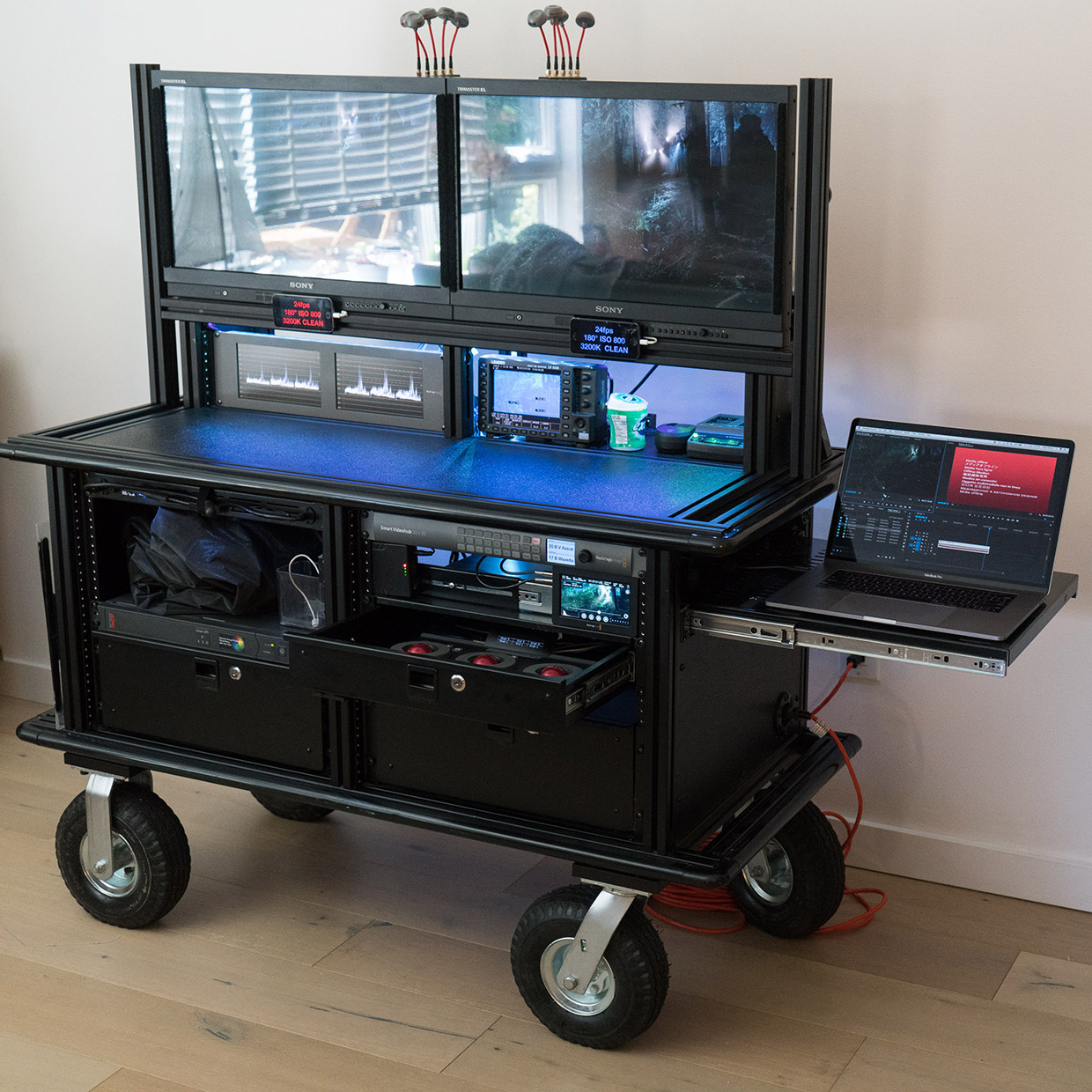 On this show you’re working with LiveGrade Pro and Silverstack XT. Before shooting started, did you consider any software alternatives?

Noah: In the past I’ve tried many different options for look creation and on set data management such as ShotPut Pro and Resolve, but I keep coming back to Pomfort. It was my go to option when I got the call to start The 100 for several reasons.

On the LiveGrade side, I enjoy the frequent updates that allow me to keep my system up to date with ever-changing LUT boxes, camera formats and evolving post production requirements.

On the Silverstack side, for on set data management, organizations of files and metadata search ability are paramount. For example, say we need to match a shot from five episodes ago that was shot at 120fps, set at ISO 1280, and used a certain CDL. I can search for any or all of this information quickly and easily. This is a must when shooting an entire season of television. 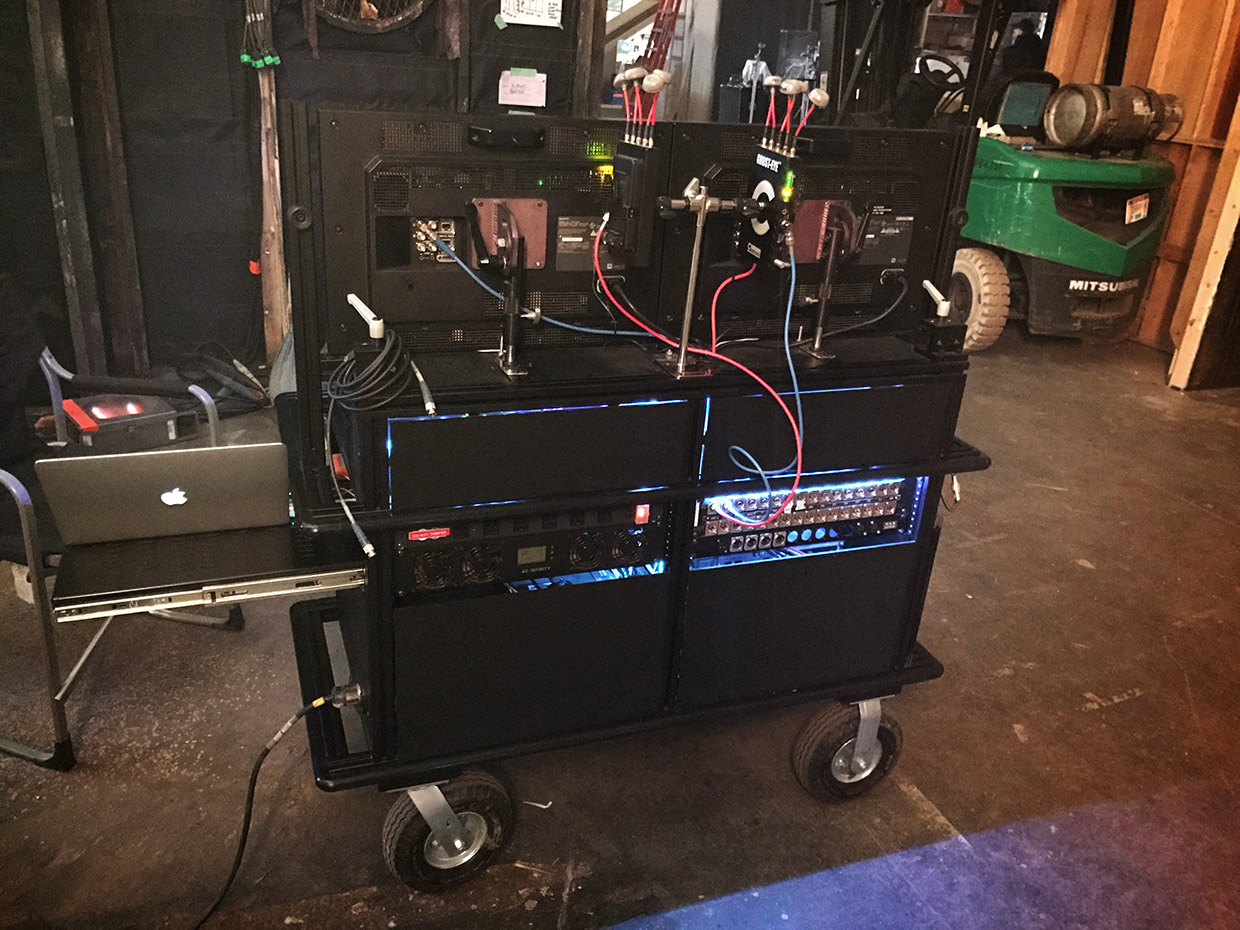 Let’s get a bit into the hardware setup of the show: Which cameras and camera types do you use on the project?

Noah: Our main production cameras are 3 ARRI Alexa Plus’s. A and B camera for handheld and studio mode and C camera built full time for Steadicam. Sony A7RII’s sometimes work their way in as crash cameras or for surveillance shots.

What LUT boxes and devices were used?

Noah: For LUT boxes I typically use 2 Flanders BoxIO’s in LiveGrade Pro for creating on set looks and frame grabs. For clip capture I use Blackmagic’s Ultrastudio Express. Signals are routed through a 20X20 Smart Videohub and connected via an OWC Thunderbolt 3 dock that interfaces with a Touchbar MacBook Pro. For viewing, Sony PVM-A250’s are on my cart as well as Leader 5330 waveform monitors. On the on set data management side I use another Touchbar MacBook Pro connected to a 80TB Areca ARC-8050T3 Thunderbolt 3 in RAID 5 configuration. For shuttle drives I use several Oyen Digital MiniPro USBC 3.1 Gen-2 2TB SSD’s. I use various card readers but for SXS media the Sony SBAC-UT100 Thunderbolt 2 dual reader is my go to. 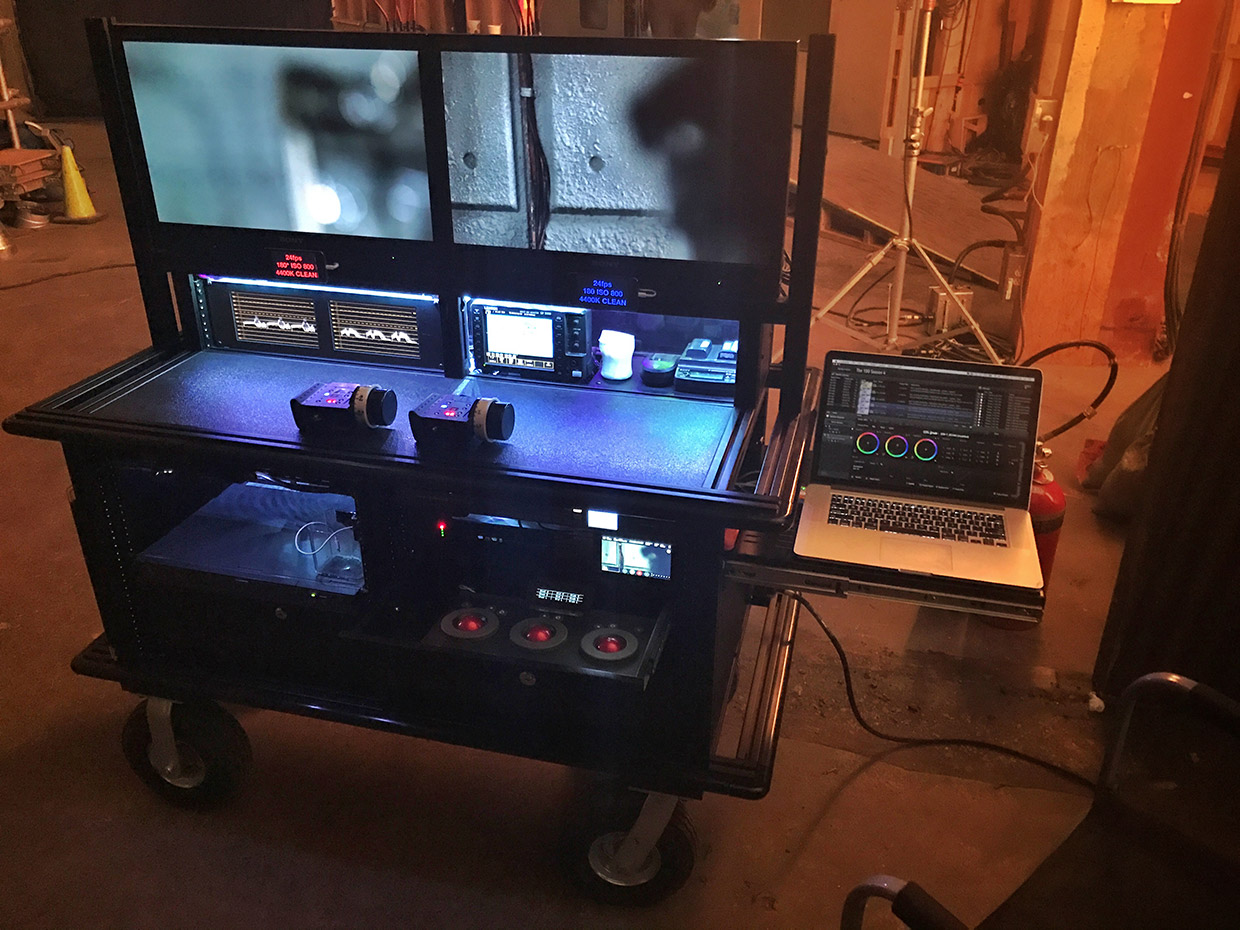 You mentioned that on set looks play a big role in the production, to enhance the unique style of the show. Are the on set looks used for dailies creation as well? How is the overall collaboration between DP & DIT with the post house?

Dailies are created by Bling with the on set looks created from LiveGrade. Dailies are then uploaded to DAX for online viewing; as well 1920×1080 H264 copies are returned to set via shuttle drives every day. 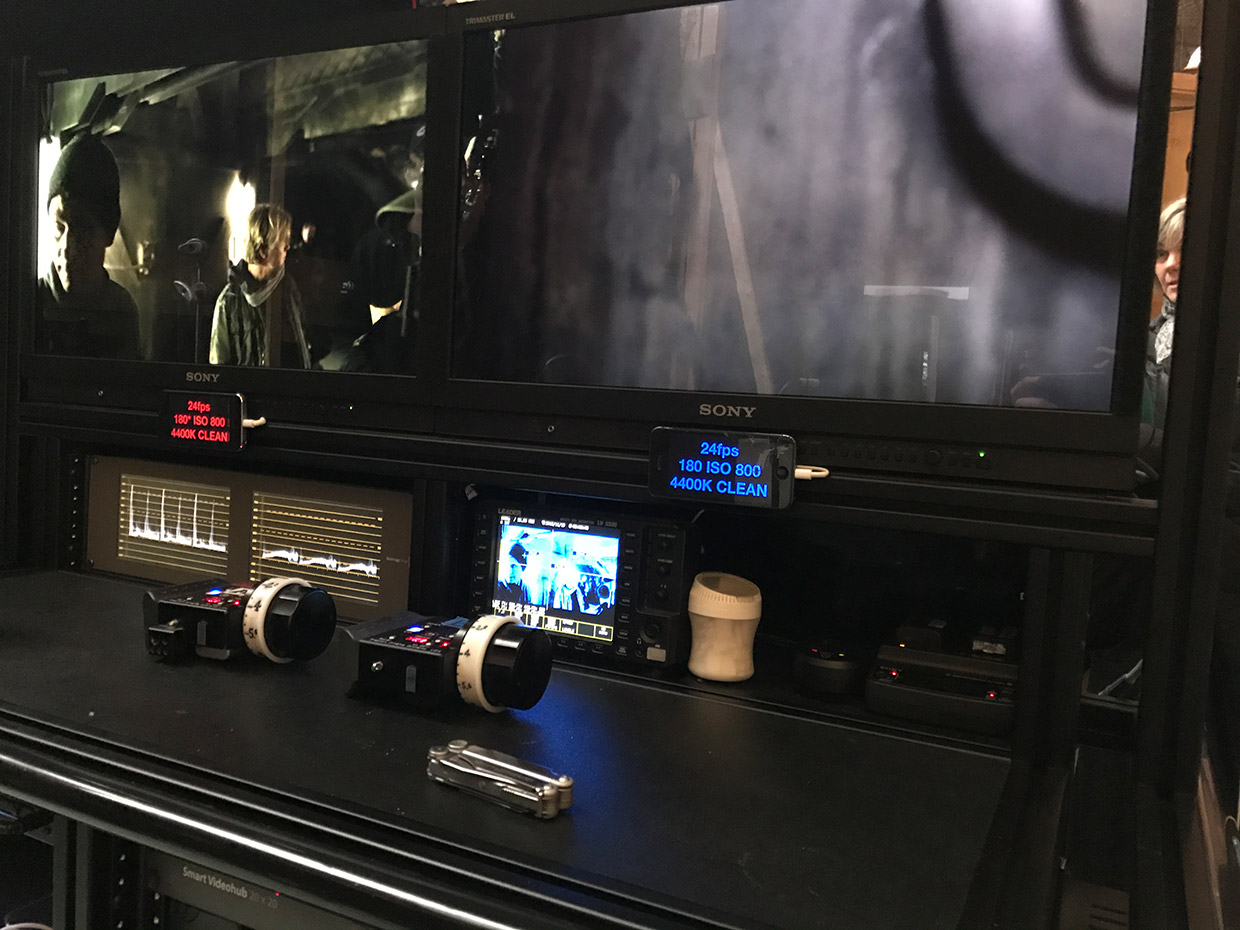 On this shoot you are working with both, LiveGrade Pro for live grading and Silverstack XT for on set data management. How do the two softwares ‘work together’ on this project? Do you create the on set looks in LiveGrade and then import them to Silverstack?

Noah: On this project I run LiveGrade on my on set cart and Silverstack on the download station that usually stays in the camera truck. I can remote access each station from one another if needed with LogMeIn. My decision to isolate the on set data management component on this project was for several reasons, some being weather and lots of cart moves per day that leave me without power and shelter.  That being said, the on set cart is modular enough that if the download components need to be added they can be.

LiveGrade and Silverstack work very well together. CDL’s are generated in LiveGrade and are organized into folders that represent each episode. We export these on set looks to Silverstack as PFLA files when needed. Although we have a post house dealing with dailies, there are times, for example a 2nd unit shoot, when I need to generate proxy files with the on set looks we created in LiveGrade. It’s great to have everything in one place, searchable and well organized within Silverstack. 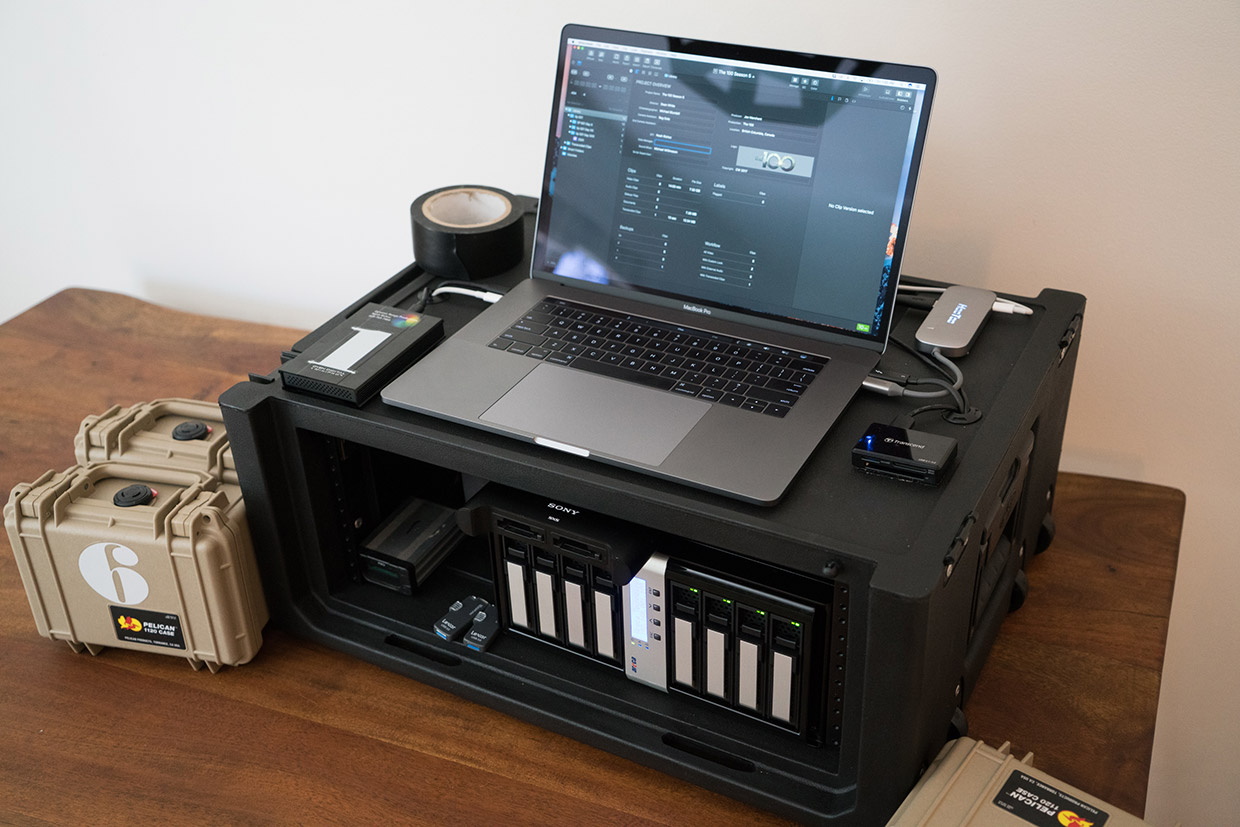 Noah: Even though they are two different tasks, they are constantly mixed together throughout the day, and for me that makes them seem like one. Some productions and DP’s style tend to lean further to one aspect – on set data management or look creation – depending on their needs. I find The 100 to be an interesting balance of both, but every production is different. Our ability as DITs to evolve with technology, provide support where and when needed will not only benefit productions but keep our position interesting and growing into the future.

We thank Noah for sharing these very interesting insights into the production of The 100 with us! 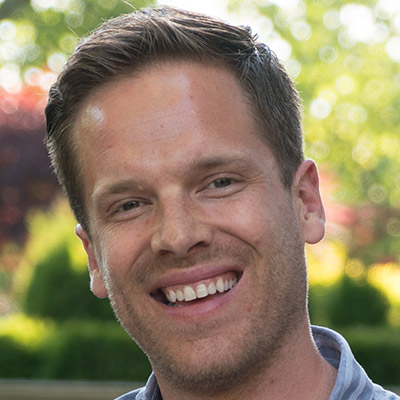 Based out of Vancouver, Noah has been working as a DIT since the infancy of digital cinema production. He’s been working on a number of large-scale feature films (e.g. ‘Tomorrowland’) and TV series (including e.g. ‘Supernatural’ and ‘The 100’).