Only one third of 2016’s biopic Steve Jobs was shot digitally. Nonetheless this accounted for almost 100 TB of ARRIRAW material which needed to be ingested and organized. Jordan Livingston, who worked as DIT on Steve Jobs, talked with us about production, teamwork and how he managed this huge quantity of data with multiple instances of Silverstack XT.

Here’s what Jordan has to tell:

How was work on “Steve Jobs”?

Jordan: Production on Steve Jobs was an incredible experience. Working closely along side Academy Award Winning director Danny Boyle and cinematographer Alwin Küchler, BSC was both an inspiration and an education. The Aaron Sorkin penned screenplay was essentially divided into three distinctive scenes (with flashbacks and interstitials peppered throughout). Each scene took place ‘backstage’ prior to a history-making Steve Jobs product launch. The first two chapters were shot on 16mm and 35mm film respectively, while the third chapter (along with any night exterior scenes) was shot digitally on the ARRI ALEXA XT in ARRIRAW.

How inportant was media management for such a huge quantity of source material?

Jordan: Because of the huge quantity of data generated by the ARRIRAW format combined with extremely long takes (sometimes containing uninterrupted performances as long as 15 minutes per take), robust data management, very fast ingest, and rock solid organization on-set were imperative. There was no time for media to be sent off to post for verification and quality assurance overnight – this had to be done on set, while we were shooting.

We had Silverstack XT running on at least two systems, and sometimes three. These systems were divided up between myself and digital loader Aaron Kirby. Silverstack XT was responsible for ingest, checksum verification, organization, and reports generation. Each day, data reports generated by Silverstack XT containing exactly what we shot were sent to editorial, along with RAID shuttle drives.  Additionally, we kept a complete redundant archive on set for the DP’s reference. Using Silverstack XT, the DP and I could call up any shot; review it, modify its “look,” or recall what lens, shutter, white point, etc. was used. This recall proved invaluable in matching the look and technical aspects of scenes throughout production.

From the DP’s intended look to dailies: Could you please explain your workflow?

Jordan: Typically, we always shot with at least two cameras, however on some of the massive theater crowd scenes, which featured thousands of real-life extras (no digital doubles), we shot with as many as six cameras rolling simultaneously. We utilized LiveGrade Pro to ensure that each camera signal was monitored using both a show LUT that we had created, and also graded with CDLs to correct for color differences between lenses and filters. This additional LUT + CDL metadata was imported into Silverstack XT where it then “lived” along with the metadata for each corresponding shot. The result was that our reference archive, along with the dailies produced each night, contained the DP’s intended look – and hours of technical color grading were saved, allowing the post team to keep up with the massive quantity of dailies generated each day.

In the end, more than 96 TBs of ARRIRAW data passed through LiveGrade Pro and Silverstack XT – quite a lot considering that only accounted for 1/3 of the movie’s total production!

The massive amount of digital source data produced by the Steve Jobs movie is one example for recent developments in digital film production. If you are responsible for data wrangling of such amounts, you can tackle such challenges best with flexible and reliable tools. We would like to thank Jordan Livingstion for his sincerity concerning the production workflow of Steve Jobs and the detailed insights into how he utilized Pomfort‘s products for this job. 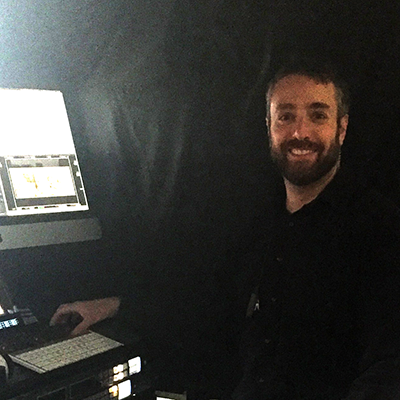 Jordan Livingston works as a filmmaker in Hollywood as well as the San Francisco Bay Area. He is a writer, producer, director, and editor of indepent films. With his company DIGILOID® he provides affordable production and post-production services for the independet film community.