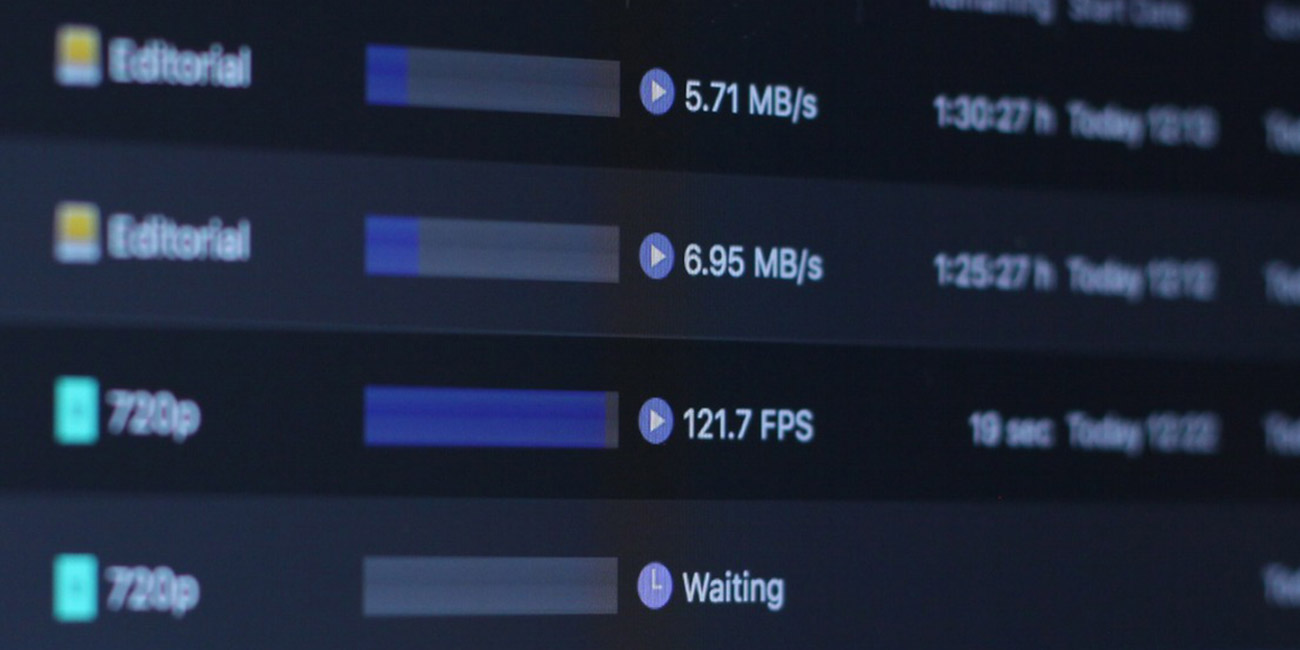 One of the design goals for Silverstack Lab has always been a fast transcoding engine, not to say we wanted to make the fastet transcoding software for DITs . We knew that the speed of proxy creation is a crucial requirement for the DIT and her/his responsibility to create dailies on set.

While Silverstack 6.0 already got a new and faster transcoding pipeline, optimizations went on for the subsequent “dot releases” (6.1 and 6.2). Throughout all development phases we have always been asking ourselves the question: “How fast is the transcoding in Silverstack Lab? Will it be the fastest transcoding software there is for DITs?”

A generic answer to that question is almost impossible due to the many factors that influence transcoding speed. But of course the users and interested customers deserve an answer to it. The comparison of transcoding speeds to existing, other applications is one of the first steps to get closer to an answer.

For a meaningful comparison we have to consider a list of factors that have impact on the transcoding speeds.

Factors for the Assessment of Transcoding Speeds

The following factors play or can play a role in the assessment and comparability of transcoding speeds:

We can see that discussing transcoding speeds needs to dig deep into the specifics of the actual context. Exact format combinations, details about machine, operating system and many more have to be provided to allow for valid comparisons in a specific scenario.

By taking the above factors into account we created a comparison of transcoding speeds between Silverstack Lab 6.2 and DaVinci Resolve 14. We chose the 2016 MacBook Pro 15″ as the transcoding machine for our tests. Fast Core i7 processors, a dedicated graphics card, H.264 hardware acceleration (e.g. transcoding to H.264 720p with up to 120 fps) and a fast internal SSD storage are some of the features that make the Macbook Pro (although being “just” a notebook) a competitive transcoding machine in a mobile setup.

* DaVinci Resolve currently (state: Resolve 14, Nov. 2017) needs to transcode different destination resolutions in two transcoding runs (one for each of the different resolutions).

Frequent on-set use cases require transcoding to different resolutions, such as DNxHD 36 and H.264 in 1080p and 720p resolutions. Silverstack Lab has the capability to simultaneously transcode to different destination resolutions, and together with performance optimizations for a lot of professional formats, and optimized utilization of the Mac’s hardware capabilities, Silverstack Lab offers great performance embedded in a powerful data and media management software.