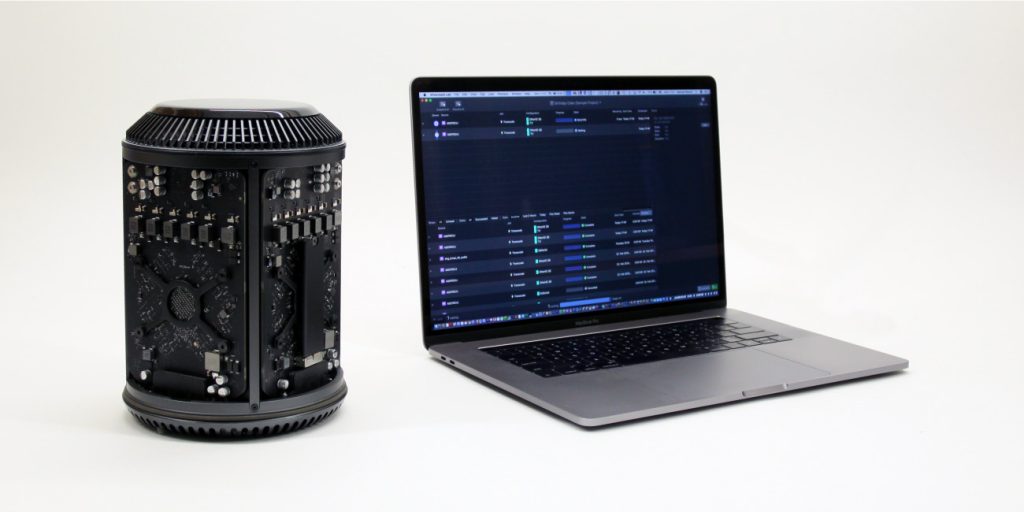 When thinking about how to improve your transcoding speed, two thoughts should come to mind:

– First: How video material is processed during transcoding depends on the source format that needs to be handled. Generally, different formats require different processing steps.

So to choose the “right” hardware, we will first need to answer the following questions:

Based on these insights, we can derive a list that shows which processing power you should boost to improve your transcoding speed, depending on the format you work with.

So let’s take a closer look at the different processing steps and which resources they require.

The Processing Steps For Original Camera Negatives During Transcoding

First, let’s take a look at the different processing steps original camera negatives have to go through during transcoding:

1. Decode & Decompress [decompress: compressed RAW only]: Extract the data from the specific file structure and prepare it to be processed. While decode is always necessary, decompressing is only required for compressed RAW formats.
2. Debayer [RAW only]: This processing step is necessary only for RAW formats, which generally hold the native sensor pixel values that require processing to display an image.
3. Resize & Filter (e.g., bake in LUTs or Burn Ins) [optional]: Resizing from, e.g., 4K to HD takes place on the GPU. To change the look of the image or burn in visual overlays on the image filters can be applied. Both steps are optional, but resizing is very common to be required when, e.g., shooting 4K and transcoding to HD.
4. Encode: Assemble the image data to the destination-specific codec type and container structure. This is a mandatory step.

For completeness, please keep in mind that before and after the processing steps, the necessary read and write actions from and to the drives occur and require time that might influence transcoding speed.

Now that we are aware of the processing pipeline that the source material has to go through, we can assign the responsible processing unit, CPU or GPU, to the specific steps:

Looking at this process, we can see that the two mandatory steps, decoding (1) and encoding (4), both require CPU power. This means that a good and stable CPU always sets the basis for your transcoding performance. However, not in all cases, the CPU is the limiting force – especially when heavy GPU power is required.

This leads us to the critical question: When does powering up GPU actually help?

Usually, the decisive processing step for uncompressed RAW formats is the debayering, taking place on the GPU. Detailed settings like the debayer resolution can heavily influence the necessary GPU power.

Though uncompressed RAW formats also require debayering performed on the GPU, they first have to go through a decompression phase that is CPU dependant. This can require much heavy lifting from the CPU and lead to the debayering process on the GPU not being the limiting force anymore.

Please note: We are looking at the facts from a Mac / macOS perspective. The resources taking care of certain processing steps might depend on platform-specific enablements (e.g., decoding of REDRAW being possible on GPU in the future). This is a work in steady progress. We plan to update this article regularly to take such evolutions into account.

All RAW formats (both compressed and uncompressed, like, e.g., ARRIRAW or REDCODE RAW) require debayering and, therefore, a powerful GPU

All non-RAW formats (e.g., ProRes) rely mainly on the CPU for processing.

Compressed RAW formats (e.g., REDCODE RAW or SONY X-OCN) are sort of a hybrid, as they require decompression along with the decoding step. In particular, this can lead to requiring more CPU power in a way that the GPU performance no longer limits transcoding speeds. Keep in mind that this is in detail heavily format dependant.

In case you want to have a look at the list again later, we’ve summarized everything important in a convenient infographic. You can download it here: 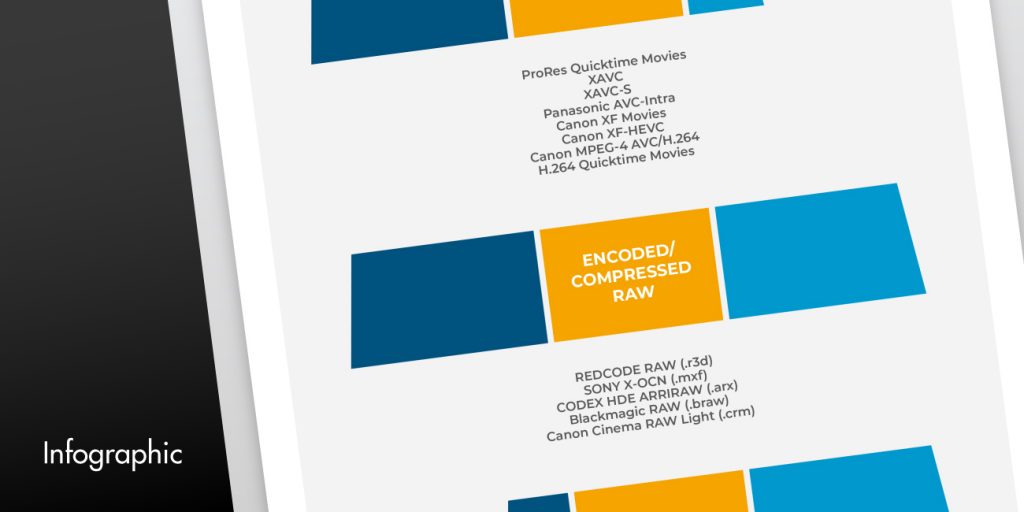 When considering adding external GPUs, all of the above generally stays true. It is heavily format dependant if using an external GPU will boost your transcoding speeds (basically, benefits can only be seen if debayering is the process currently limiting the performance). However, transmitting the processes to an eGPU also requires system resources to move the tasks there, as well as appropriate I/O of the external unit. Therefore please keep in mind that transferring processes to external GPUs can even cause a slow down transcoding speeds for certain formats (e.g., ProRes).

Understanding the processing pipeline for transcoding digital source camera footage enables you to make smart decisions about the hardware you use. If you know which format you are working with, you can make a targeted investment to improve transcoding performance. For example, for ARRIRAW, you can boost your GPU power by using an eGPU, supported in professional transcoding applications like Silverstack Lab.