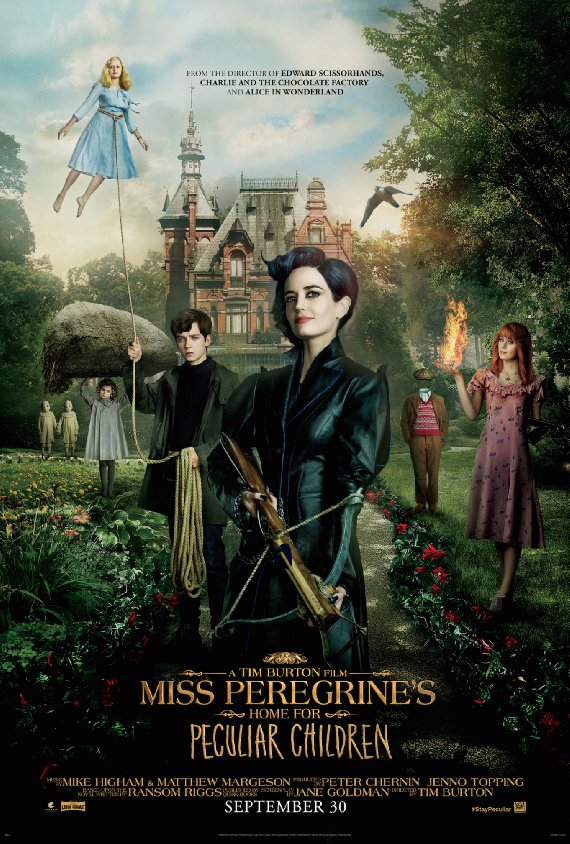 For years, Abraham Portman has told stories to his teen-aged grandson Jacob about his childhood battling gruesome monsters and living at “Miss Peregrine’s Home for Peculiar Children”, located off the coast of Wales. The residents of that home and their headmistress possess unique abilities. After Jake finds his grandfather assaulted by what seems to be a monster, he starts seeing a psychiatrist, who blames Jake’s hallucinations on his grandfather’s stories as well as his grief.

After discovering that his grandfather’s stories may be real, Jake and his father travel to Wales. Jake explores the island and finds the old destroyed children’s home. As he explores, he meets the Peculiar Children from Abe’s stories and enters a mysterious cave into another time.

The children take him to Miss Peregrine’s Home for Peculiar Children. Jake learns that one of the children lived at the home until he was killed by a Hollowgast, or “Hollow”. The Hollows started hunting other Peculiars hoping to regain their humanity. Jake discovers that he is a Peculiar; one of the few people who can see Hollows – an ability shared by his grandfather. At the end of the day, Jake and Emma Bloom find another Ymbryne who they take to the children’s home to be nursed back to health.

The children learn that a Hollow is on its way for their eyeballs and begin barricading their home. As they arm themselves, Miss Avocet is recaptured by the invading Hollow. The children escape the Hollow just as the bombing raid arrives. The bomb kills the Hollow and destroys the house, closing the time loop. Emma guides Jake and the children to a sunken cruise liner, where they formulate a plan to rescue Miss Peregrine and the other Ymbrynes. 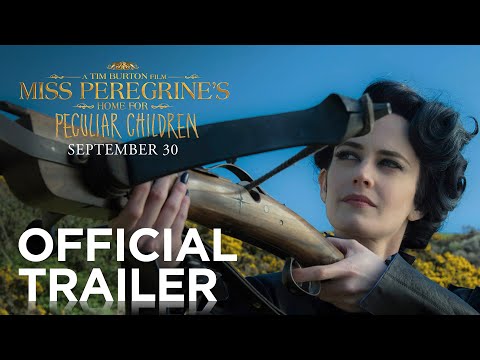 From visionary director Tim Burton, and based upon the best-selling novel, comes an unforgettable motion picture experience. When Jake discovers clues to a mystery that spans alternate realities and times, he uncovers a secret refuge known as Miss Peregrine’s Home for Peculiar Children. As he learns about the residents and their unusual abilities, Jake realizes that safety is an illusion, and danger lurks in the form of powerful, hidden enemies. Jake must figure out who is real, who can be trusted, and who he really is.