Different types of productions can require different models of cart setups for a DIT. To be well prepared for every situation DIT Alan Robert Hopkins owns three kinds of rigs, and shifts all his other equipment between the three of them; Depending on whether he currently works on a large movie production, or is busy with commercials and dailies in between.

In the following interview Alan shares the most favorite components of his main setup, and tells why you should never ’park’ your DIT cart near the doors of a studio’s loading bay.

First of all, thank you very much for doing this interview with us! To start, can you please tell us a bit about yourself (e.g. your background, where you come from, and how you got into the film industry)?

I’m Al, I am from a little village in Scotland, but have been working in the film industry in London for the last 11 years. I spent a lot of time as a kid playing with stills and video cameras, making terrible little films with friends, miniatures, and lego in my dad’s garage. My mum told me about a thing called film school, and luckily I got into the one I wanted to attend in Edinburgh. I was a camera trainee on a few things during my time at university, but generally there wasn’t much big film work in Scotland at the time so I immediately moved to London when I graduated.

Can you please share some details on your work? E.g., what kind of projects are you usually working on?

At the moment, I usually do a feature film or two a year, and fill the rest of my time with a lot of commercials, as well as dailies on films and dramas. Just now I am jumping between doing dailies and second unit weeks on HBO’s The Nevers, and commercials.

We know that everyone’s setup varies, so we are particularly interested in your DIT setup: How would you describe your personal overall setup?

My overall set up is as clean and tidy as possible! I’ve got a couple of rigs and options for setups, depending on the particular needs of each job. Having spent time working with other people’s equipment and my own, going between different shoots on back to back days, I need to be flexible but also efficient; I don’t get the option of prep days very often on commercials, and dailies you have to hit the ground running!

Please tell us a bit more about the components of your setup:

How do you organize your setup? Do you work with a DIT cart?

I have an INOVATIV ECHO 36, a smaller 24” square footprint upright rig, and a Pelicase laptop rig.

Is your setup movable? Does it have wheels?

The two larger rigs, my INOVATIV and 24 upright are both on wheels yes.

How many monitors does it have?

My monitoring options are flexible, I can go from 1x to 4x 24” video monitors pretty easily on the big rig. My GUI is on an arm off to the side, and any additional video monitors can be added with stands.

What kind of video gear and computer gear is included in your setup?

My usual setup will have a Mac Pro and a MacBook Pro running, sharing a 96TB Areca RAID. They all talk to each other via Thunderbolt 3/2. I use a 24” 4K GUI, as I like to keep it easy on the eyes when it comes to using the computer. I tried the tablet monitor option for a while but it didn’t work for me. I also have a Wifi/LAN router set up, so I can control Wifi-enabled cameras, control my monitor’s LUT boxes, and share internet and data with the camera department.

Video gear wise, I’ve got a 12×12 SDI router, waveform monitors, Blackmagic Design Ultrastudio 4K, Ultrastudio 4Kmini and HDmini, Flanders DM240 monitors, a Tangent control surface etc. I don’t own wireless video stuff like Teradeks, those get rented in. I used to have LUT boxes, but for the sake of simplicity (less cables and power) I got rid of them and use the ones built in to the monitors themselves.

How do you handle power supply on set?

On set power is very variable day to day, commercial to feature, so for safety I have my own 2.2K generator, a huge battery bank in my van with a 1.6K inverter and 230V hookup, several different sized UPS units, 3K-0.6K, and a few onboard batteries. My carts have 16A and 13A options and the Pelicase has 12V options.

What are the accessories and special features of your cart/setup?

Special stuff in my setup would be all the little things, like my drawers full of tools and toys. I’ve got a little slide out drawer for playing dice games during those days where we don’t turn over. I also have LED reading lamps and underlighting on my INOVATIV cart, and like to match the colour of that to whatever colour backdrop we may be shooting against that day. Only for fun, I switch it off when doing serious work… mostly.

Generally, do you have one fixed setup that you bring on every job? Or does the setup vary depending on the job requirements?

I have a basic setup for each rig that then is adapted per job. A lot of my kit moves between each rig, so is job/day/location dependent.

What is your personal favorite component of your setup?

My favourite component has to be the Flanders monitors. They are just great in every way. I wanted to mount them in a fixed and very secure way to my second favourite thing, my INOVATIV cart. As I had more flexible computer monitor style arms on my previous setup that were a bit scary at times, I drilled some very carefully measured holes in and bolted some baby pin plates to the top shelf. These then allow for many different and solid attachments.

What has been the latest addition to your setup?

I have invested in a few new camera card readers, so that when camera kits come out from rental houses, the card reader and power supply in the body box is a reliable spare for me.

Are there any notable stories that have happened with or to your setup while on set, and that you’d like to share with us?

Oh I’ve had a producer push my rig out of a studio loading bay door thinking there wasn’t a 4 foot drop on the other side. That was pricey…  I’ve also had a few A-list celebrities gathered around my rig, playing dice games during those slow days on set. On one film I had so many iris controls on my rig at one time that I had to suspend two of them to the struts in my E-Z UP tent for easy access/not to get too confused which was which!

Thanks a lot to Alan for sharing all this information about his DIT carts and insights from set with us! 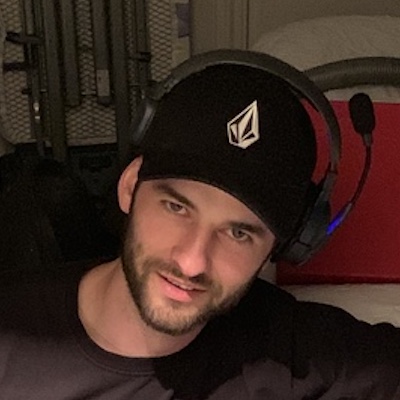 Based out of London, Alan Robert Hopkins mainly works as Digital Imaging Technician and Dailies Colorist. He usually works on feature films, like the movie ’Downton Abbey’ recently, but does a lot of commercial projects and dailies jobs in between larger productions as well.