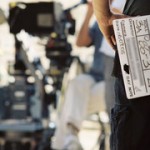 Shooting for the three-part series “Unsere Mütter, unsere Väter” (“Our mothers, our fathers”) started on March 14th 2011 in Lithuania at original locations. The story line covers the years 1941 to 1945 of World War II, when five German friends struggle with their experiences of the front in Russia, everyday life in the more and more destroyed Berlin as well as the story of a Jewish man who leaves Germany to come back as a US soldier.

Shooting will be two months in Lithuania and three months in Germany. The production is realized for Germany TV channel “ZDF”. The production decided to use a mix of ARRI Alexa cameras, ARRI 435 film cameras, Canon 7D as well as some shots with a high speed camera.

In this multi-format production Pomfort Silverstack SET is used for file and media management on set, quality check and preparation for post production at CinePostproduction.

“With Silverstack SET I finally got a perfect one-stop shop for me – veryfied copying, quality control, archiving and metadata management. It immensely secures and speeds up my onset data wrangling workflow!” Robert Friebe (DIT), CinePostproduction