The production of the feature film “Divergent” set tough requirements for DIT Nate Kalushner. The movie has a distinctive look that was required to be applied already on preview monitors throughout the entire shoot, even on production locations that only allowed the use of very lightweight and mobile monitor setups. Nate shares his experience about the production workflow, and explains how Pomfort LiveGrade helped him create a flexible setup that could adapt well to challenges during production.

For the action-adventure “Divergent” (came to cinemas in 2014) Nate used LiveGrade Pro for his work as a DIT on main unit for principal photography, which mainly took place in different locations in Chicago during 2013. Divergent is a science-fiction set based on the first novel of The Divergent Series by Veronica Roth, it was directed by Neil Burger and stars Shailene Woodley, Theo James and Ashley Judd. Divergent was produced by Red Wagon Entertainment Summit Entertainment for Lionsgate.

We had the chance to talk with Nate about the production, his setup, and the workflow with DP Alwin H. Küchler and the post production facility. 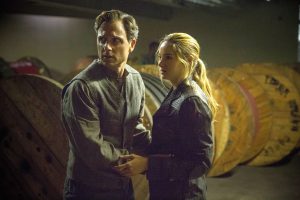 What cameras have been used for this production and how did you use LiveGrade in that project?

Nate: We used three Arri Alexa camera’s recording ArriRAW to Gemini Recorders. I would take the monitor out signal (log-C) directly to my cart where I used LiveGrade and HDLink Pro’s to load the show LUT, then used CDL values to correct on top of the show LUT. From there I would route the signal to VTR and video village. 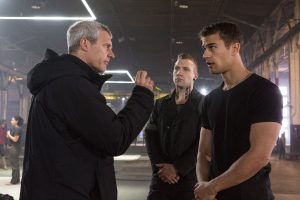 Director NEIL BURGER, JAI COURTNEY and THEO JAMES on the set of DIVERGENT

What was special about the production environment and the locations you have been shooting in?

Nate: I chose LiveGrade and HDLink Pro’s because I needed an extremely compact and lightweight setup because many of our locations where very challenging. The system offered to me by the post facility and pretty much everything else on the market at the time was very cumbersome. I was able to build a very small rack case which housed the HDLinks, router and power. With this small 4U 10 inch deep case, a monitor, and my laptop I was able to break away from my cart so I could be close to camera’s when we were on rooftops, alleys and especially on the trains. The small form factor of this system allowed me to show the DP and Gaffer exactly how much latitude we had to work with in every situation – without needing to shlep a ton of gear.

Who created the look for the show LUT and how did you use it?

Nate: E-Film [responsible for the finishing of the movie] was very involved with the workflow. At first we had issues with the show LUT they generated. After a little back and fourth with Joachim Zell from E-Film we nailed down the issue and everything lined up nicely. 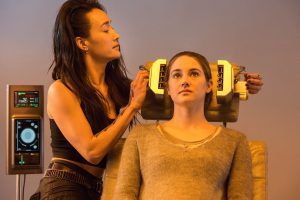 What was your experience with your DIT setup for production Divergent?

Nate: Overall I am very pleased with LiveGrade. I love that it’s not a proprietary box. The workflow is simple and relatively easy. For me it always comes back to ease of use and physical size. I can use a Tangent [color grading] panel when I am in studio mode but can get by with only the LUT box and a laptop when the situation calls for it. It’s this flexibly which really allowed me to do the best job possible. No one wants to color live if the color system is a boat anchor that slows the whole show down. The ability to be right where the DP wants me is invaluable.

Thanks a lot, Nate, for your insights on this production!

Los Angeles based Nate Kalushner is busy with DIT work in commercials and mainly second unit jobs (e.g. in aerial photography for "Fast and Furious 7", or just recently for "Pirates of the Caribbean: Dead Men Tell no Tales"). Since 2012 he is using Pomfort's products on his DIT cart – starting with LiveGrade and later also adding Silverstack to his setup.