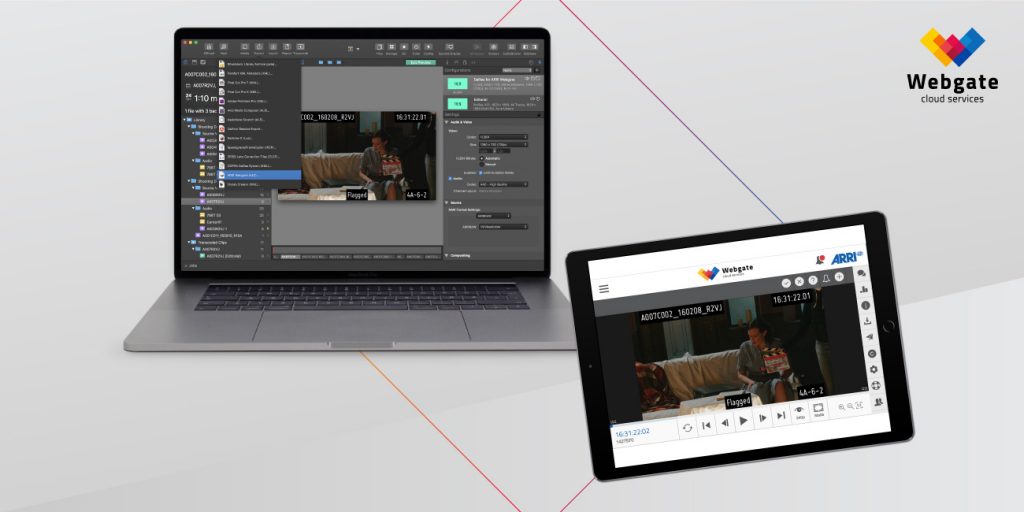 One purpose of transcoding clips in Silverstack Lab is the creation of viewing dailies from the camera originals. They enable team members of the production (such as the DP or the Director) to take a look at the shot material as early as possible. It’s common practice to upload those dailies to a web platform that makes them instantly available to everybody involved.

ARRI Webgate cloud services is such a platform. For some time now the dailies platform supports ALE files to be able to provide metadata along with the transcoded clips. Silverstack Lab integrates with this workflow, and can generate an ALE file that is optimized for transferring metadata to ARRI Webgate. To make this even more convenient, you can choose to generate the metadata ALE directly during transcoding, so clips and metadata are ready to be uploaded and viewed in ARRI Webgate together.

The ALE enables you to transmit e.g. circle take flags or scene and take information to ARRI Webgate in a way that the platform understands and is able to show it to the user in a refined way alongside the clips.

For more information, also check out ARRI Webgate’s blog post, in which they share some thoughts on this new integrated workflow.

If you want to dig more into this process from a technical perspective, you can find more details in our KnowledgeBase article about Preparing Clips and Metadata for ARRI Webgate.